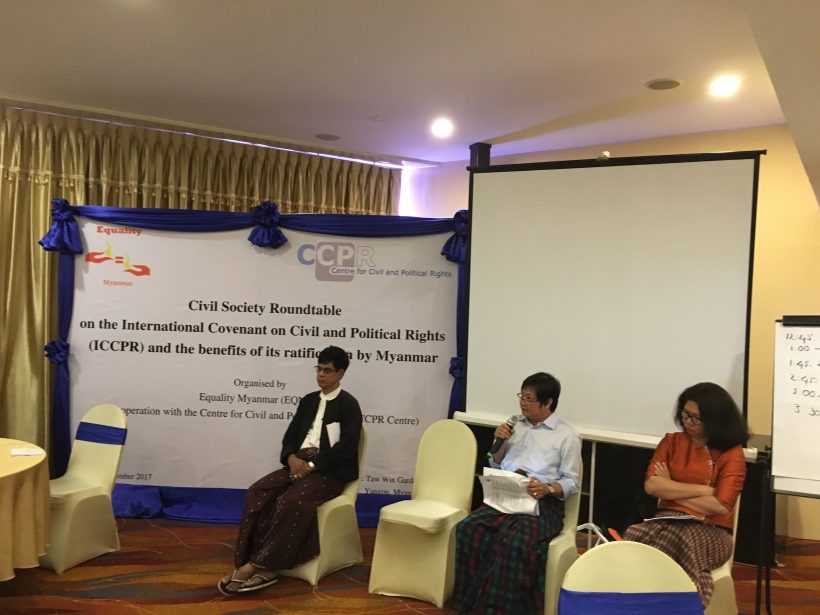 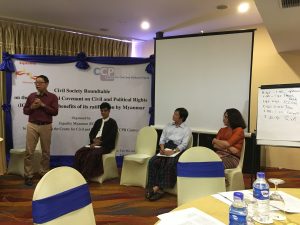 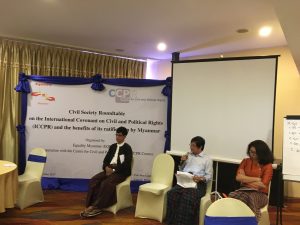 On November 27, 2016, Ko Tate Naing and Ko Zaw Moe attended a discussion organised by Equality Myanmar and the Centre for Civil and Political Rights (CCPR). The discussion focused on the International Covenant on Civil and Political Rights (ICCPR) and the benefits the government will see if they sign the ICCPR. The panelists were Ko Tate Naing (AAPP), Ma Thidar (PEN Myanmar) and U Robert San Aung (human rights lawyer). Ko Tate Naing talked about existing laws and arrests; Ma Thidar discussed freedom of press, and U Robert San Aung discussed court and judicial processes. Following the discussion there was a question and answer session with the panelists. The CCPR then explained about the ICCPR, ICCPR processes, and UN treaties bodies. U Aung Myo Min from Equality Myanmar and a representative from the CCPR explained and discussed possible benefits and disadvantages of the government singing ICCPR.