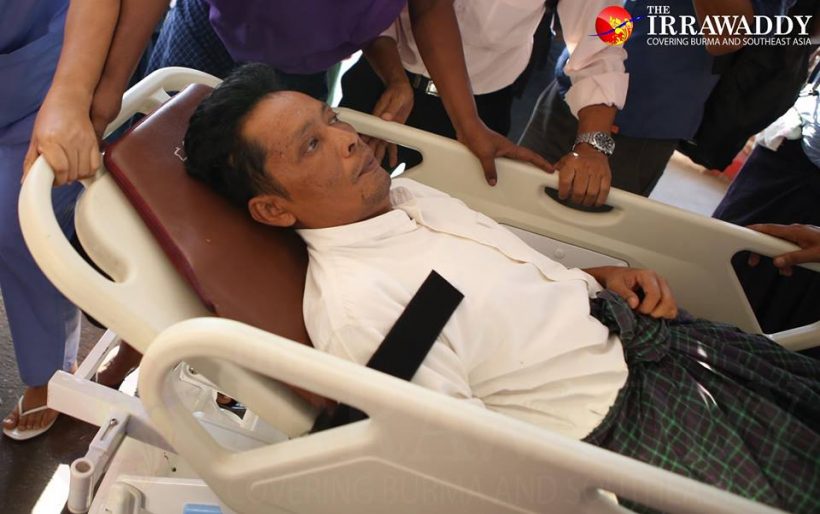 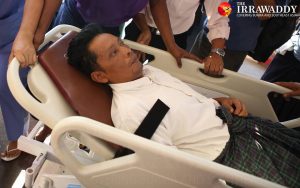 Month in Review
This month, twenty-three political activists were arrested in total. Thirty-two were sentenced, and one was released. Six political prisoners are reported to be in bad health.
A hunger strike that was launched on October 23 spread to several prisons across the country with a total of 20 individuals participating. A number of participants are suffering poor health as a result, mainly caused by acts of torture committed by prison staff. Two victims of torture pressed a lawsuit against the commander of Myingyan Prison. On November 17, the hunger strike was ended after requests from Aung San Suu Kyi, associates of the Saffron Revolution Monkhood, and a group of civil society organizations.
The National Elections on November 8 were praised for being mainly free. However, new politically motivated arrests continued to be made. Most recently, five men were charged under Article 505 (b) of the Penal Code for printing a calendar. In addition, student protesters and land rights activists continued to face harsh charges and punishments for their involvement in peaceful demonstrations. This month, thirty-two people have been sentenced to serve between one month and two years imprisonment for political reasons.
Among this month’s arrests was Lin Htet Naing aka James, vice chairman and member of Central Executive Committee of the ABFSU. He was arrested on November 3, after eight months in hiding, for his involvement in the Hledan Student Protest in March. On November 19, Lin Htet Naing, along with five others, received additional charges under the Peaceful Assembly and Peaceful Procession Act for this protest.

Three prominent detainees, Chaw Sandy Tun, Patrick Kum Ja Lee and poet Maung Saung Kha, all of them accused of defaming the military, are currently awaiting trial for charges under the Telecommunications Law and/or the Penal Code in a recent crackdown on social media activity. Despite Patrick Kum Ja Lee’s bad health, his request to be released on bail was denied for the fifth time. Human Rights Organizations have strongly criticized this decision.

Lastly, Burma’s human rights situation has been internationally monitored on different occasions. In the first week of November, Burma underwent its second review under the Universal Periodic Review (UPR) process, a mechanism of the United Nations Human Rights Council (HRC). The Burma government committed to adopting less than half of the 281 recommendations made by other state parties. Additionally, the National Human Rights Commission (MNHRC) of Burma was reviewed by a joint fact-finding mission, consisting of several human rights organizations, focusing on the Commission’s compliance with the Paris Principles. Simultaneously, the International Coordination Committee for National Institutions for the Promotion and Protection of Human Rights (ICC-NHRI) reviewed the MNHRC. A report on the outcomes of this review is expected to be published at a later date.