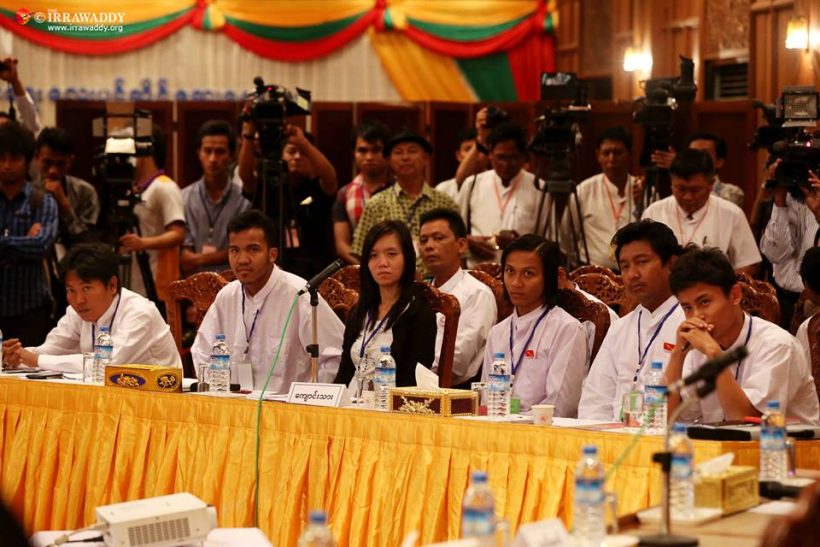 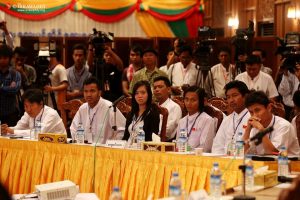 Summary of the Current Situation
As of the end of February, there are 170 political prisoners incarcerated in Burma, with 238 activists currently awaiting trial for political actions. The government continues to silence its critics through the use of several laws aimed at preventing activists from exercising their right to freedom of expression.

This month, 5 political activists were arrested, 42 were charged, 18 were sentenced. There were no political prisoner releases this month. This month’s news has been dominated by the student protests over the National Education Bill. Thant Zin Htet, a Prome University student who planned a welcoming of the student protesters, was arrested and charged under Article 505(b) of the Penal Code. Talks that were eventually held between the student groups and the government resulted in an agreement on several possible changes to the Bill to be discussed in parliament. The students plan to continue their march until the parliament approves the reforms. As the protests continue, tensions appear to be rising. It will be important to monitor the situation and how it unfolds in the coming days. The tensions surrounding the striking garment workers are steadily increasing, with police crackdowns becoming ever more violent. Several clashes with police led to factory workers sustaining injuries. The strikes have already seen the arrest of several activists who have supported the striking workers. Land confiscations are a continuing problem for Burma, with issues of corporate responsibility being highlighted by groups such as Amnesty International this month. Section 18 of the Peaceful Assembly and Peaceful Procession Act is still being widely applied to end protesters gathering, with the provisions in the law designed to restrict the right to peaceful protest rather than ensure it is permitted. In addition land rights protesters and activists continue to be detained for trespassing and alleged destruction of property during their attempts to demonstrate against the forced removal of their land.
Once again, the killing of civilians is at the forefront of ongoing human rights violations in
Burma. The bodies of four Kachin villagers have been found dead. The bodies were so badly burned that they were hardly recognizable to their families. The four men were identified by Kachinland News as Mahaw La Ja, Lahtaw Hkun Hpung, Maran Yaw Han, and Doi Ring. According to Seng Awng of the Kachin Peacetalk Creation Group, the Burma Army has been implicated in this case. Brang Shawng, a Kachin man who accused the Burma Army of playing a role in the death of his daughter, was sentenced on February 13, under Article 211 of the Penal Code by Hpakant Township Court to six months in prison or to a 50,000 kyat fine for “making false charges”. He chose to pay the fine and has been released but plans to appeal the conviction. The investigation into the death of freelance journalist Aung Kyaw Naing aka Par Gyi is allegedly being obstructed by the Burma Army. The lack of transparency and accountability for Burma Army perpetrators of human rights abuses hampers any attempts to investigate cases such as the death of Par Gyi. The culture of impunity surrounding the Burma Army is still a barrier to independent and free investigations into gross human rights abuses.