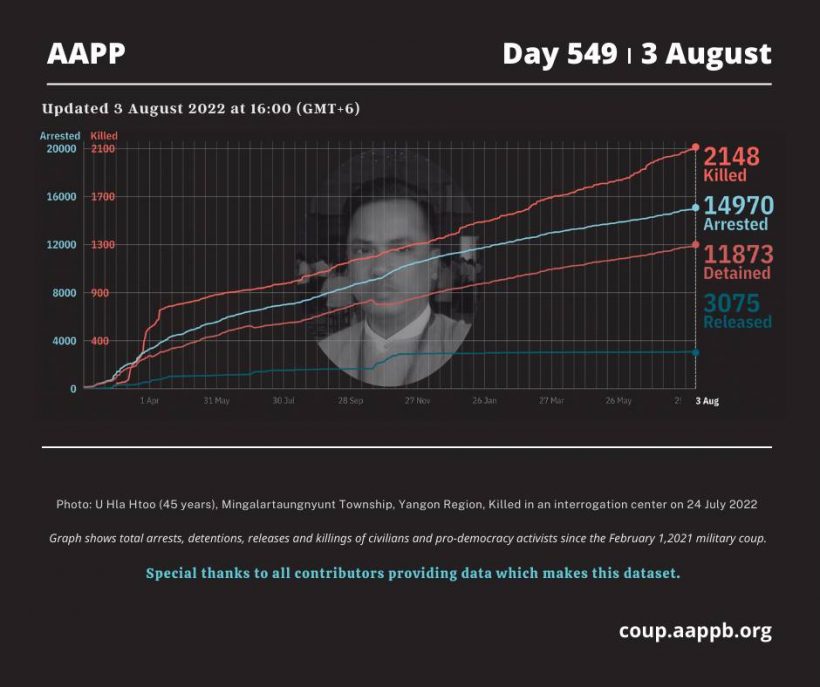 Since the February 1, 2021 military coup and the emergence of the Spring Revolution, a total of  (2148) people, pro-democracy activists and other civilians have been killed through military crackdown following pro-democracy movements. AAPP compiled and documented (3) fallen heroes today. These (3) fallen heroes, from Demoso Township in Kayah State and Saw Township in Magway Region, were killed on previous days, but documented today.

On August 1, Kyaw Win Sein, a protest leader in Homalin Town, Sagaing Region, was arrested in Mandalay City by junta forces. Kyaw Win Sein was detained whilst he was waiting to receive medical treatment at a clinic in Mandalay.

On July 31 at around 5:30 pm, military Battalion #102 based in Ngwe Taung and Battalion #128 based in Hpruso fired artillery shells into West Demoso Township, Kayah State. An artillery shell landed to the west of an IDP home in the area. A family member called Margaret, 13-years-old, was killed and her father seriously injured before dying the following day.