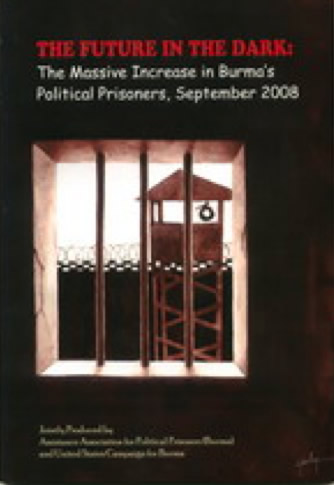 The Assistance Association for Political Prisoners (Burma) (AAPP) and the U.S. Campaign for Burma (USCB), believe that an immediate and unconditional release of all political prisoners, including Nobel Peace Prize Recipient Daw Aung San Suu Kyi and U Tin Oo, is an important and essential indicator to measure the positive development of the national reconciliation and democratization process in Burma (also known as Myanmar). Therefore, the people of Burma, the international community – especially the main bodies of the United Nations – and the leaders of the world have repeatedly and consistently demanded that the Burmese military regime release all political prisoners immediately and unconditionally. The regime has claimed repeatedly that there are no political prisoners in Burma and that courts convicted all those arrested and imprisoned for criminal acts.

Even so, the Burmese military regime at times purports to bow the international community’s demands in order to avoid international pressure. The regime claims that it has released tens of thousands of prisoners from various prisons as a special gesture to the United Nations. In reality, only a small number of political prisoners were included among those released. Recently, the regime announced that it released 9002 convicted prisoners from various prisons on 23 September 2008. However, in actuality only ten political prisoners were included among those released. U Win Htein, senior assistant to Daw Aung San Suu Kyi, was released on 23 September and rearrested the next day and put back in the Kathar Prison.