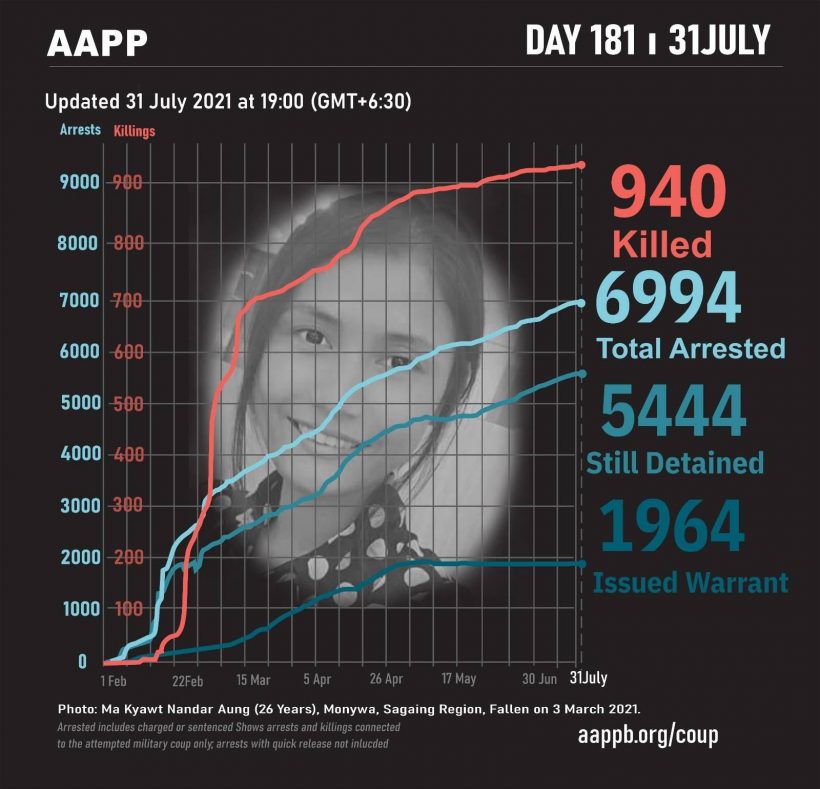 17 year-old Zin Myo Khant was arrested when junta troops wearing plain clothes used a private car to crash in to a motorbike driven by three youths protestors including Zin Myo Khant who were returning home after the Mandalar University Boycott Column had left at Mandalay Region’s Maha Aung Myay Township on the early morning of July 31. In addition to this, it is reported that 11 youths including a young man who was shot and injured, were detained when the terrorist junta raided a home where youth protesters stayed together in Patheingyi Township in Mandalay Region. The junta opened fire during the arrests this morning. The 11 youths are from Mya Taung, Phayargyi and Mandalay Youth Boycott Columns.

While University Students Union (Yangon) and township strike groups were staging a protest in Yangon Region’s Tamwe Township on the evening of July 30, the terrorist junta wearing plain clothes had already arrived in a private car and opened fire in a brutal crackdown, at least three youths were beaten and arrested.