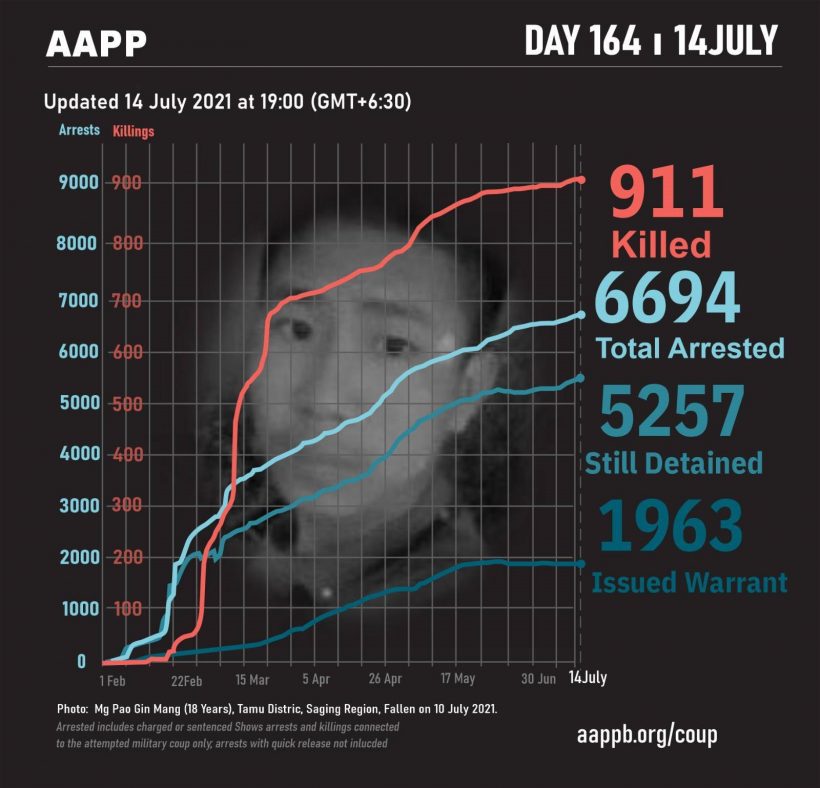 As of 14 July, (911) people are now confirmed killed by this junta coup. AAPP compiled and documented (5) fallen heroes today. These (5) fallen heroes from Seikphyu Township in Magwe Region, Minkin and Kani Townships in Sagaing Region were killed on previous days and documented today. This is the number verified by AAPP, the actual number of fatalities is likely much higher. We will continue adding as and when.

On July 12, three teachers from Thar Ya Mae Village in Tanintharyi Region’s Myeik Township, who are involved in the Civil Disobedience Movement (CDM), were arrested on the night of July 12 by the terrorist junta wearing plain clothes. These three teachers are primary school teacher Nyo Mar Lwin from Pa Htet Kyun Su High School, primary school teachers Zin Mar Lwin and Than Ei Ei Nyein from Sub Shwe Du Middle School. In addition to this, Naing Linn, a hundred households administrator from Thar Ya Mae Village, was arrested on the same night.