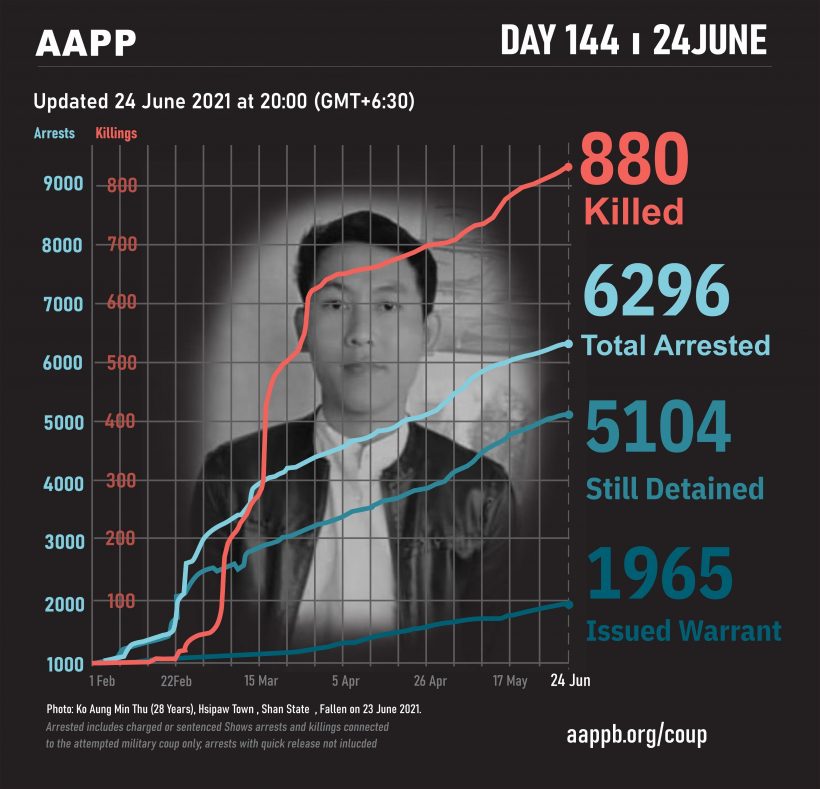 As of 24 June, (880) people are now confirmed killed by this junta coup. AAPP compiled and documented (3) fallen heroes today. These (3) fallen heroes from Hsipaw Township in northern Shan State, Kale and Tigyaing Townships in Sagaing Region were killed on previous days and documented today. This is the number verified by AAPP, the actual number of fatalities is likely much higher. We will continue adding as and when.

On the night of June 23 in Hsipaw Township, northern Shan State, Aung Min Thu, a civilian, was shot  dead in the head by terrorist junta’s soldiers while he was riding a motorbike returning home after drinking at a tea shop. In addition to this, yesterday evening at Kale Township in Sagaing Region, Salai Ngun Nei Piang, a civilian, was shot dead by a junta troop.