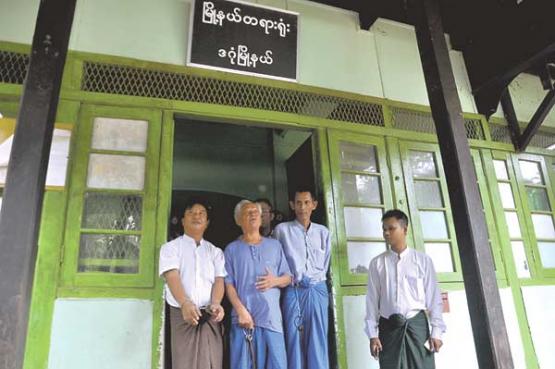 Summary of the Current Situation
June, 2015
As of the end of June, there are 169 political prisoners incarcerated in Burma, with 446 activists currently awaiting trial for political actions.

MONTH IN REVIEW
This month, 24 political activists were charged in total. One of the 24 was arrested and imprisoned. Seventeen were sentenced, and seven were released. Four political prisoners are reported to be in bad health.
On June 25, the Union Parliament voted on the amendment of the Constitution. While 75 percent of votes were needed for the amendments to pass, only 67 percent of the 538 lawmakers present voted in favor. The result confirms the hold of the military over the legislature, as their veto right will not be lifted.
Another major consequence of the refusal of the amendment is that the military can still block the continuing attempts to amend the Constitution to allow Aung San Suu Kyi to run in the 2015 general election. Following the vote she made a statement claiming that the failure to amend the Constitution would benefit her party, the National League for Democracy (NLD), as people can now clearly see who is working for reforms in the country.
On June 18, the Union Parliament had passed the controversial bill amending the National Education Law. Students were further angered by the vote as lawmakers had made several commitments to student activists earlier this year and failed to honor them; the amendment bill failed to include key provisions agreed upon in its amendments. The now-enacted National Education Law “is very different, both in concept and essence” from the 11 demands student leaders had managed to impose in the talks. One student activist commented: “They have broken their promises and agreements.”