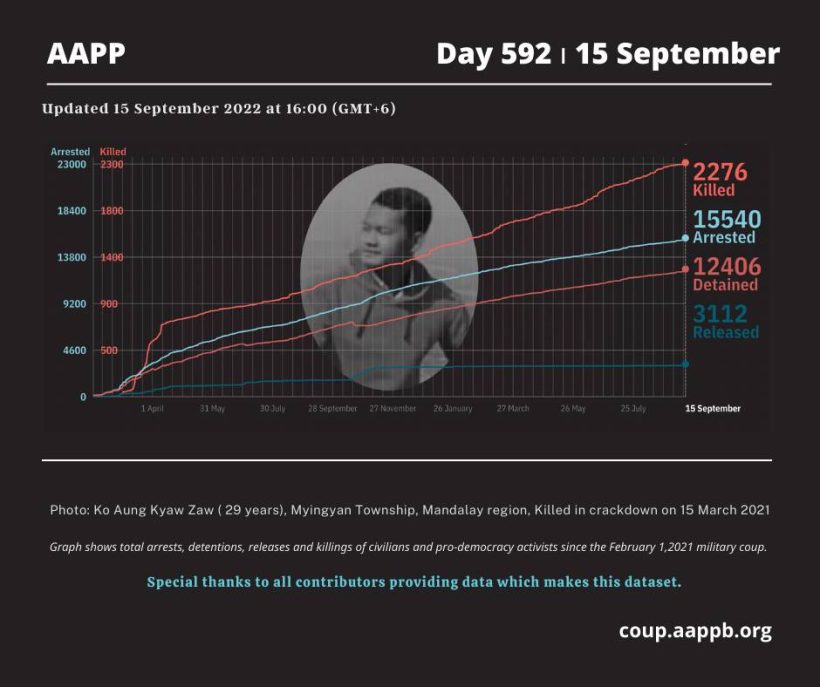 Since the February 1, 2021 military coup and the emergence of the Spring Revolution, a total of  (2276) people, pro-democracy activists and other civilians have been killed through military crackdown following pro-democracy movements.

On September 12, Nay Thu Tun (aka Pu Pu), living in Kan Pale Village, Kale Township, Sagaing Region, was arrested by the armed wing of the Junta at around 2 pm for allegedly being a member of the PDF.  His life is in danger as he was was severely tortured.

On August 29, 17-year old Thet Wai Aung from Shwe Kyaung Village, Yesagyo Township, Magway Region, was fishing with her father in Chindwin River when she was shot by a junta sniper. She died in transport to Pakokku Hospital.