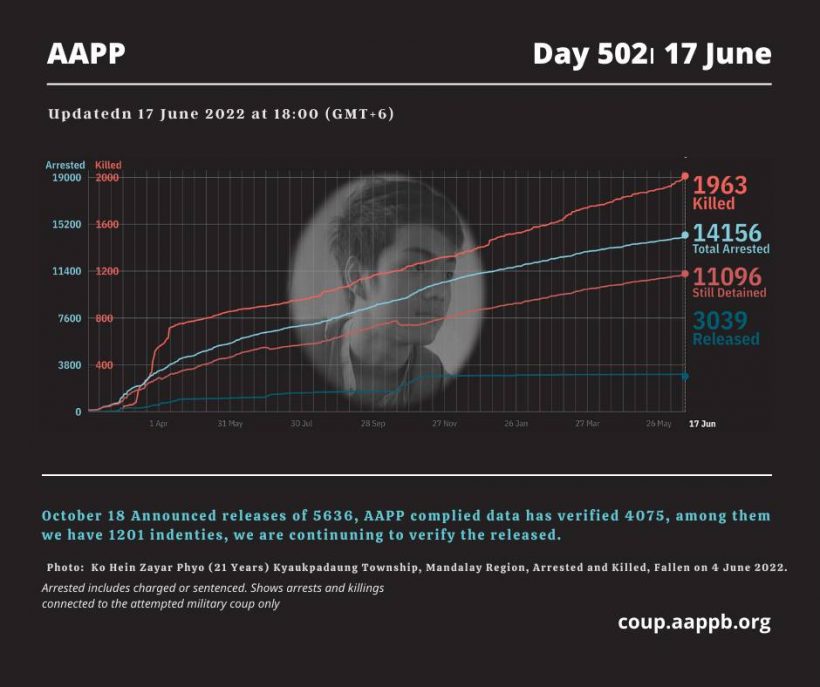 Since the February 1, 2021 military coup and the start of the Spring Revolution, a total of  (1963) people, pro-democracy activists and other civilians were killed, in the military crackdown of the pro-democracy movement. AAPP compiled and documented (5) fallen heroes today. These (5) fallen heroes from Yinmarbin Township and Shwebo Township in Sagaing Region and Launglon Township in Tanintharyi Region were killed on previous days, but documented today. This is the number verified by AAPP. The actual number of fatalities is likely much higher. We will continue to update accordingly.

On the night of June 16, a  house in Gawt Inn Village, Launglon Township, Tanintharyi Region, was raided and shot at by the junta. They killed a local in that house named Amy Phyo Wai, who was shot in the head and died on the spot; her house was also burned down. Her brother was a CDM worker and she was shot dead as the junta did not find out his current location.