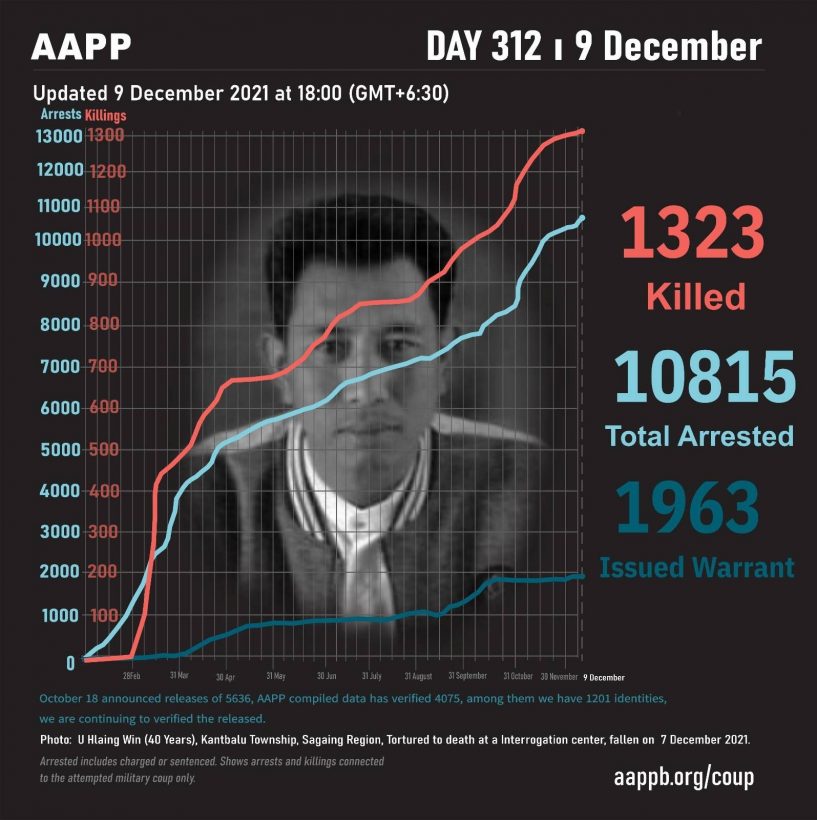 As of December 9, (1323) people are now confirmed killed by this junta coup. AAPP compiled and documented (5) fallen heroes today. These (5) fallen heroes from Kantbalu Township and Taze Township in Sagaing Region and Thanbyuzayat Township in Mon State were killed on previous days and documented today. This is the number verified by AAPP. The actual number of fatalities is likely much higher. We will continue adding as and when.

On December 3, Hlaing Win, a middle school teacher at the Basic Education Middle School (Baw) in Kantbalu Township, Sagaing Region, and involved in the Civil Disobedience Movement (CDM), was arrested. On December 7, Hlaing Win died from torture during interrogation.

On December 7, three villagers were arrested, killed and buried by approximately 100 soldiers from the armed wing of the Junta. The junta soldiers were stationed at Ka Paung Kya Village in Taze Township, Sagaing Region, when they found the villagers on their retreat route. These villagers are Sein Lwin from Kan Htoo Ma Village, Myo Tun from Chaung Sone Village and one other civilian. Their bodies were found on December 8.