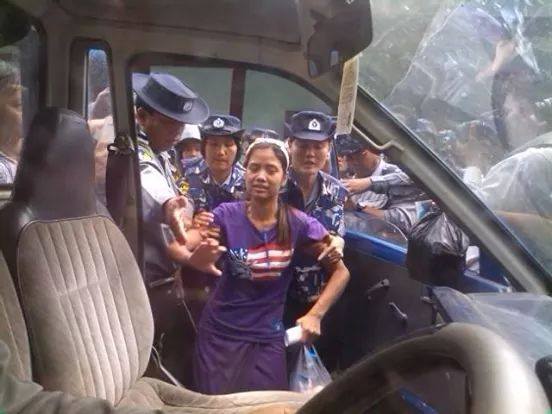 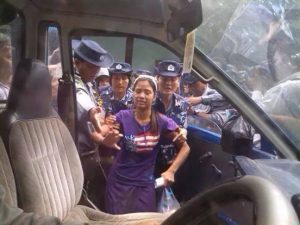 Summary of the current Situation
As of September’s end, there are 80 activists incarcerated in Burma, with 130 activists currently awaiting trial for political actions. Section 18 of the Peaceful Assembly and Peaceful Procession Act continues to account for a large number of these arrests and incarcerations.
The following is an analysis of media coverage and AAPP information received from Burma, focusing on issues regarding political prisoners, as well as developments pertaining to civil rights and freedoms in Burma.
MONTH IN REVIEW
In September, AAPP documented the sentencing of 11 political activists, the indictment of 13 individuals (including 2 detained), and the release of 2 political prisoners.
The Committee for Scrutinizing the Remaining Political Prisoners was again an issue in September. Aung Thein, Deputy Minister in the President’s office and Secretary of the Verification Committee for the Release of Remaining Political Prisoners, was quoted in RFA at one point stating that the committee may be disbanded as there are almost no remaining political prisoners. He argued that those that do remain are incarcerated under criminal offences. He also hinted at plans to create new linkages between the Minister of Home Affairs and political prisoners group to set up a new committee.
Issues surrounding media freedom also persisted through September. A two day conference on media development was hosted by the Myanmar Media Development Thematic Working Group, UNESCO, the Ministry of Information, and International Media Support (an NGO) in Rangoon on September 18 and 19. At the same time, the Government has decided to bring defamation charges against two publications in Burma, after negotiations through the Interim Press Council failed to resolve ongoing issues.
Meanwhile, the Myanmar National Human Rights Commission (MNHRC) submitted a proposal to the government urging them to sign the International Economic, Social, and Cultural Rights Covenant and the Civil and Political Rights Covenant. The current government had also promised in January of this year that they would sign on to the UN Convention Against Torture in September, yet no mention has been made of such a step this month.
(16 January 2014-RFA-Burmese) (17 September 2014 – RFA/Burmese) (6 September 2014 – Eleven) (September 15 2014 – Eleven) (18 September 2014 – Mizzima)