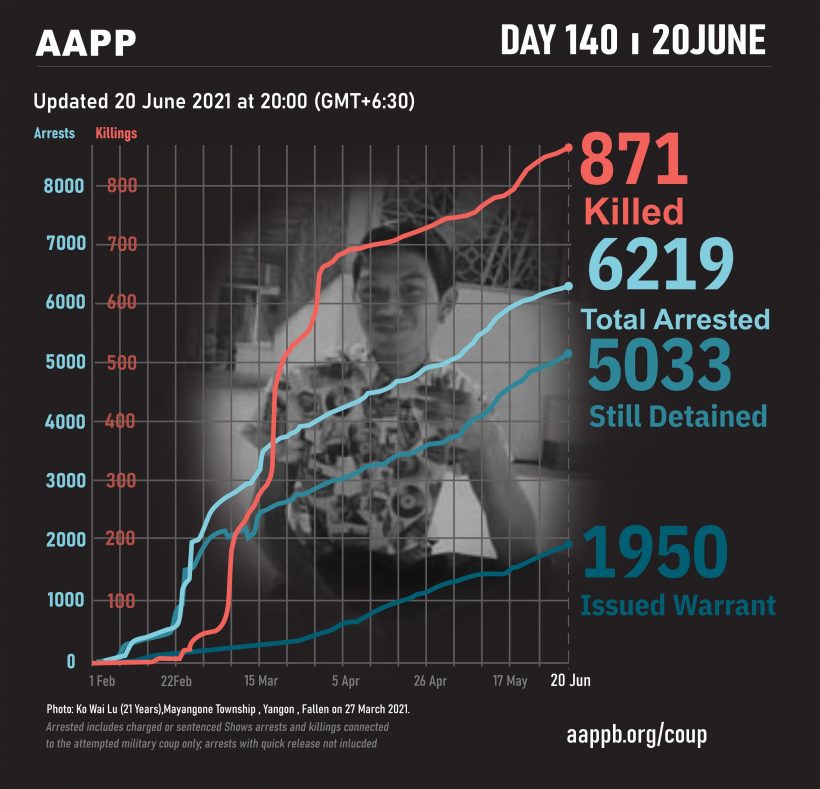 As of 20 June, (871) people are now confirmed killed by this junta coup. AAPP compiled and documented (1) fallen heroes today. from Kani Township in Sagaing Region was killed on June 19. This is the number verified by AAPP, the actual number of fatalities is likely much higher. We will continue adding as and when.

In the evening of June 19 at Mi Kyaung Twin Village in Kani Township in Sagaing Region, junta forces shot to arrest a local villager called Sein Min. When Sein Min was lying down injured, they shot him dead and put a rifle beside his body, took the photo to conspire that Sein Min was an armed group member. A 15 year-old Kyaw Min Khant Maung, and a CDM staff at Myanma Economic Bank were arrested, as was a 12-year-old boy, who suffers from illness and was taken as hostage when his father and brother were not found in Kale Township, Sagaing Region on the night of June 19.