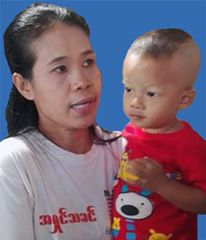 AAPP’s political prisoners list includes individuals that fall under the definition of a political prisoner that was developed during the joint workshop between AAPP and the Former Political Prisoners Society (FPPS) in August 2014. AAPP holds records of 121 political prisoners (including political activists, land rights activists and farmers) currently incarcerated in Burma’s jails, and a further 414 political activists awaiting trial. Activists staging protests are continually indicted under sections 18 and 19 of the Peaceful Assembly and Peaceful Procession Act and 505(b) of the Penal Code. In addition, farmers and land rights activists are being charged under sections 447 and 427 of the Penal Code.