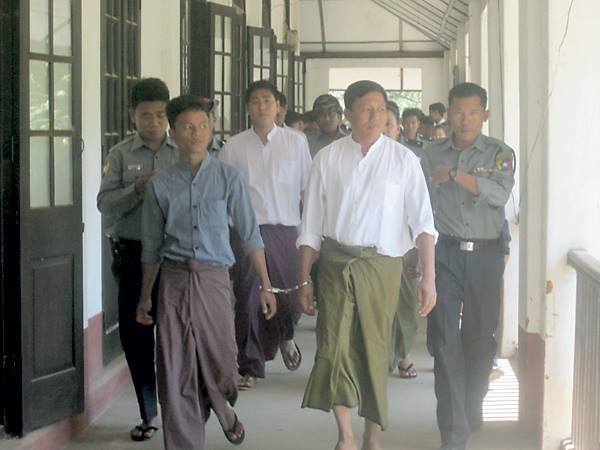 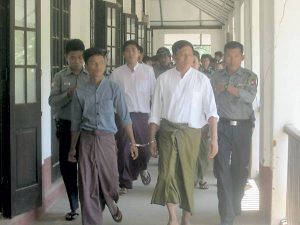 On Thursday July 10, 2014, the CEO and four reporters from the Unity Weekly received a ten-year sentence for “disclosing state secrets.” In spite of the government’s purported commitment to ensuring political freedoms, this sentence demonstrates the insincerity with which the government intends to protect the freedom of the press.

The Unity employees were prosecuted under the 1923 State Secrets Act after the news agency attempted to investigate a building believed to be a chemical weapons factory. On the 10th, the five men were sentenced to ten years of hard labor.

The Unity journalists’ sentence is merely the latest installment in the government’s recent suppression of Burmese press. Only last week, five employees of Bi Mon Te Nay news source were detained for publishing an article on a protest lead by the Movement for Democratic Current Force. The detention of these pressmen, including the coordinating editor, has effectively ended operations at the Rangoon news source.

The fact that journalists continue to face such prison lengths for engaging in investigative journalism evidences the frailty of the state of press freedom. With these incarcerations stifling the press’ ability to keep the Burmese public informed, AAPP has become increasingly concerned for the safety of journalists and free press in Burma. Until the freedom to investigate and report is protected, journalists will be unable to work without fear of harassment and arrest.

Additionally, the incarceration of the Unity journalists reveals the lack of progress that the Burmese government has made in protecting civil liberties. The government’s use of the 1923 State Secrets Act to sentence the Unity journalists—and the 1950 Emergency Act to charge the Bi Mon Te Nay journalists—is reminiscent of the press oppression seen under the military junta. In spire of recent international praise directed toward the state of press in Burma, the government’s actions against members of the press will lead the international community to again lose faith in the government’s willingness to protect civil freedoms. While this warns of a bleak future for journalism in Burma, it is foreboding for the burgeoning civil society organization.

AAPP takes the official position that the government should unconditionally release the Unity journalists. We intend to advocate on behalf of the incarcerated journalists, and at the first chance, we will submit their names for review by the Committee for Scrutinizing the Remaining Political Prisoners. We pray for the prompt release of the journalists and send thoughts and prayers to their families.