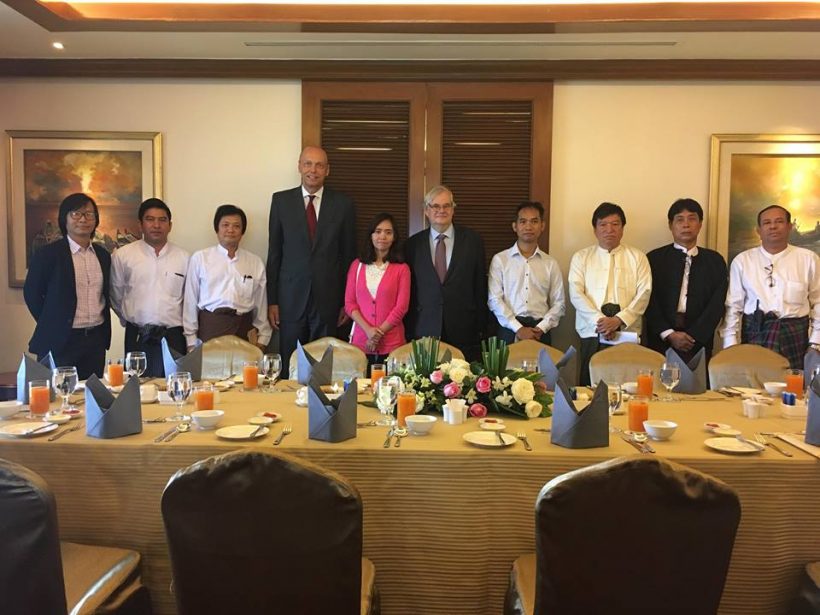 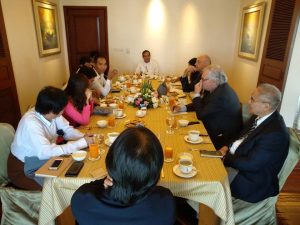 The commemoration of the 30th Anniversary of breakfast with President Francois Mitterrand, in honor of the Czechoslovak dissidents, and the 70th Anniversary of the Universal Declaration of Human Rights was held by H.E. Ambassador Christian Lechervy (Ambassador of France to Myanmar) and H.E. Ambassador Jaroslav Doleček (Ambassador of Czech Republic to Myanmar) at Chatrium Hotel Yangon. Eight former political prisoners from Burma, who are working on human rights and democracy in different areas, were invited and attended the event, including Ko Tate Naing (Secretary of AAPP) and Ko Zaw Moe (Deputy of Foreign Affair at AAPP). The Ambassadors and the attendees had a fruitful meeting and discussed the peace process in Burma, the challenges for peace process, the 2008 constitution, existing laws, the human rights situation of Burma, the challenges in improving such situations and the protection of human rights in Burma. 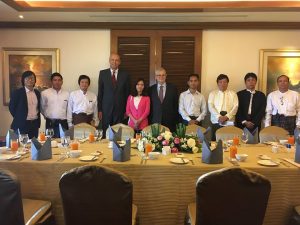