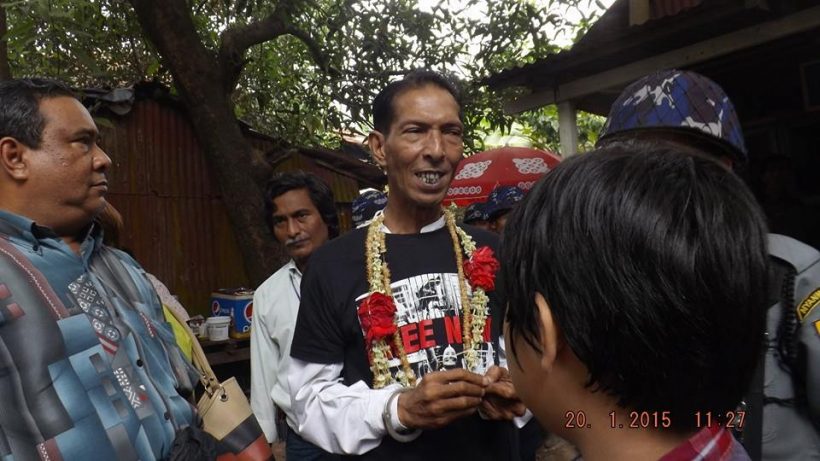 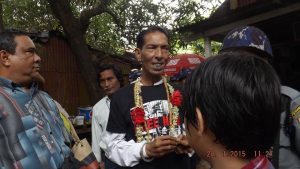 As of the end of January, there are 159 political prisoners incarcerated in Burma, with 213 activists currently awaiting trial for political actions. The Peaceful Assembly and Peaceful Procession Act continues to be used in an attempt to silence those critical of the current regime. This month the controversial law has been criticized by a well known international human rights group. January once again saw the death of innocent civilians. The recent increase in the death of civilians is a worrying sign that the promised reforms to human rights will not be fulfilled.

To start the year, President Thein Sein and other high level government officials have commented on the continued reform process in the country and spoke categorically on the continued release of prisoners of conscience and the promotion of human rights such as freedom of expression. It remains to be seen if all of these promises will be upheld but the 159 political prisoners who are currently imprisoned and the 213 people that are awaiting trial as well as the government’s failure to sign important international human rights conventions, do not lend any credibility to the comments made.

The Myanmar National Human Rights Commission found that the police were at fault for the death of Khin Win, a protester who was killed during a protest over the controversial Letpadaung Copper Mine. The statement by the MNHRC notes that several steps used in order to disperse crowds were skipped by the police before they began to open fire.

The murder of two Kachin teachers, Maran Lu Ra and Tangbau Hkawn Nan Tsin, who were allegedly raped and killed by members of the Burmese Army on January 19th and 20th has once again put human rights violations into the spotlight. Police were sent to the scene of the crime and have started preliminary investigations, but even though there have been many calls from both domestic and international bodies; an official government investigation has yet to be initiated. On January 29th the army released a statement where it denied any responsibility in the murders and the Defense Ministry warned that legal action will be taken against anyone claiming the army killed the teachers. Allegations that the army attempted to provide monetary compensation to the family’s further adds to the suspicion.

The month also saw the reconstituting of the Committee for Scrutinizing the Remaining Political Prisoners to The Prisoners of Conscience Affairs Committee. According to Thein Sein, the change was made so that the cases of political prisoners who were arrested after the creation of the committee could be reviewed. The previous title contained the word remaining, which limited the cases it was able to take on. It is also worth noting that AAPP has been left out of the committee without any official reason. The move has been criticized by Ye Aung, a member of the previous committee. He said “[AAPP] are good at collecting facts, they’re experienced and they drew up the list of prisoners and their exclusion is problematic”. The government has said that the reason for the exclusion will be provided at the new committee’s first meeting.

The National Education Bill also came to the forefront this month with hundreds of students planning a march from Mandalay to Rangoon in protest over the bill, which they believe gives too much power to the government. The march was met with heightened police activity and eventually led to the government agreeing to four-way talks with the students in Nay Pyi Daw on February 1 where the students will be able to share their list of 11 demands concerning the bill

Solo Protester Arrested for Demanding Return of Land
Protester Ko Saw Wae was detained and arrested after he demonstrated holding a placard and wearing a shirt which said “Give Back Our Land”. He demanded that local authorities return the land, near Ngapali beach, which they confiscated from local farmers in order to build a hotel

chain. According to Narinjara News the land confiscator was the Major General Win Myint, a former commander of Western Command, and no one was paid any compensation for the land.
(22 January 2015 – Narinjara News)

Two More Letpadaung Mine Protesters Arrested
Six protesters of the Letpadaung Copper Mine, a Chinese backed mining company supposedly guilty of land-grabbing and environmental damage, have been prosecuted with offences such as “harming the image of the nation” and obstructing police and may be facing up to five years in prison. An additional charge was laid on the activists under the controversial Article 18 Peaceful Assembly and Peaceful Association Act. Aside from the six, one more protester has been charged and the police are looking for additional evidence against them. The protesters held small yet regular protests outside of the Chinese embassy in Rangoon after police opened fire on protesters who were trying to halt the company’s plans of building a fence on territory which is disputed with local farmers. The violent action taken by the police would lead to the death of one of the protesters, Khin Win.
(14 January 2015 – Mizzima) (15 January 2015 – DVB) (15 January – Eleven) (20 January 2015 – The Irrawaddy)

Tin Mar Ye, a supporter of Phyu Hnin Htwe, the student activist who spent one month in Monywa Prison after being charged with kidnapping two workers from Chinese company Wanbao Mining Ltd, was given a one month prison sentence on January seventh for publicly showing support for Phyu Hnin Htwe. She was charged under Article 18 of the Peaceful Assembly and Peaceful Procession act, which doesn’t allow for protest without prior permission from the local authority. She, along with several others, walked to Maha Myat Muni pagoda in Mandalay and prayed for the release of Phyu Hnin Htwe. Out of the 50 people who were there, she is the only one who was charged under Section 18.

Dr. Tun Aung Released
The prominent doctor who was sentenced to 17 years in prison after trying to calm rioters during sectarian violence in western Burma has been released. Tun Aung received wide international attention after he was wrongfully accused of inciting violence between Rohingya Muslims and Arakanese Buddhists even though witnesses claim that the doctor was approached by authorities and told to try to intervene and calm the violence. According to a brief interview Dr. Tun Aung said that Congressman Mr. Aaron Schock aided in his release and thanked the Prague Freedom Foundation for its efforts.
(20 January 2015 – The Irrawaddy) (20 January 2015 – Mizzima)

Detained lawyer on hunger strike
Zaw Win, a high court lawyer, who has been in Obo prison since August 2014 for giving assistance to land rights activists has gone on hunger strike. The strike began on January 30 when the police superintendent was absent from his court hearing. Zaw Win demanded that he be released on bail if the superintendent didn’t show up. the officer didn’t show and he was released on bail under section 18 of the Peaceful Assembly and Peaceful Procession Act, but was immediately rearrested under section 505(b) of the penal code and sent back to Obo Prison. He has been on hunger strike since and his wife, San Kyi Thar, was denied the opportunity to visit him due to his being on strike. She says that he is suffering from liver and kidney problems.

Activists Plan Hunger Strike in Response to Bail Rejections            On January 27, 2014 activists who were charged and detained after the protest in front of Chinese Embassy in Rangoon, said at the hearing in Dagaon Township court that they plan to stage a hunger strike starting January 27 after being rejected bail numerous times. Seven activists including Naw Ohn Hla, Nay Myo Zin, Sein Htay, San San Win (aka) Lay Lay, Tin Htut Paing and Than Swe have been tried at the Dagaon Township court under five different sections of law including Section 353 and 505 (b) of the Penal Code, even though the activists claim that Section 505 (b) is not related to their case. According to lawyer Robert San Aung, bail was rejected at the third court hearing on January 27 as well as the following bail request. The next court hearing is scheduled for February 2.

Former NLD Member Denied Bail Again
Writer Htin Lin Oo has been denied bail for a fourth time according to his lawyer. The former NLD member gave a speech on October 23, 2014 where he decried Buddhist extremism and nationalism. He is being charged under Section 295 of the Penal Code which prohibits malicious acts intending to outrage religious feelings and Section 298 which prohibits saying words with intent to wound religious feelings. His next trial was scheduled for January 15, 2015 and his lawyer is looking to have a change in venue. He said “Some Ma Ba Tha monks came to the court and shouted ‘put him in jail,’ so we worry about the case and asked to change the court”.
(9 January 2015 – Mizzima)