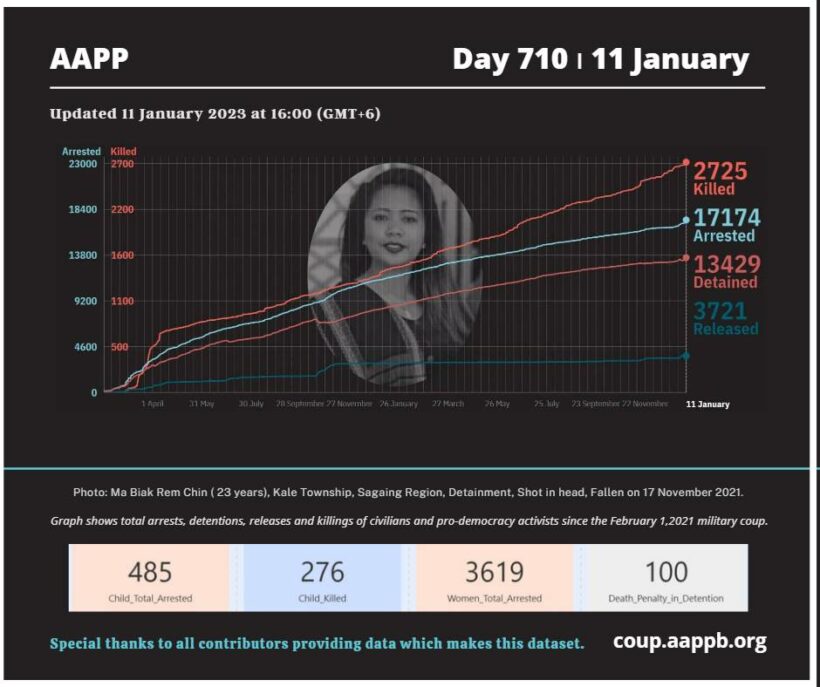 Since the February 1, 2021, military coup and the emergence of the Spring Revolution, a total of (2,725) people, including pro-democracy activists and other civilians, have been killed through military crackdowns following pro-democracy movements.

In addition, on January 9, junta forces raided Inn Tai Lay Village, Tabayin Township, Sagaing Region, and set it on fire. As a result, 85-year-old local villager Wun Mya died in the fire as he could not run away.