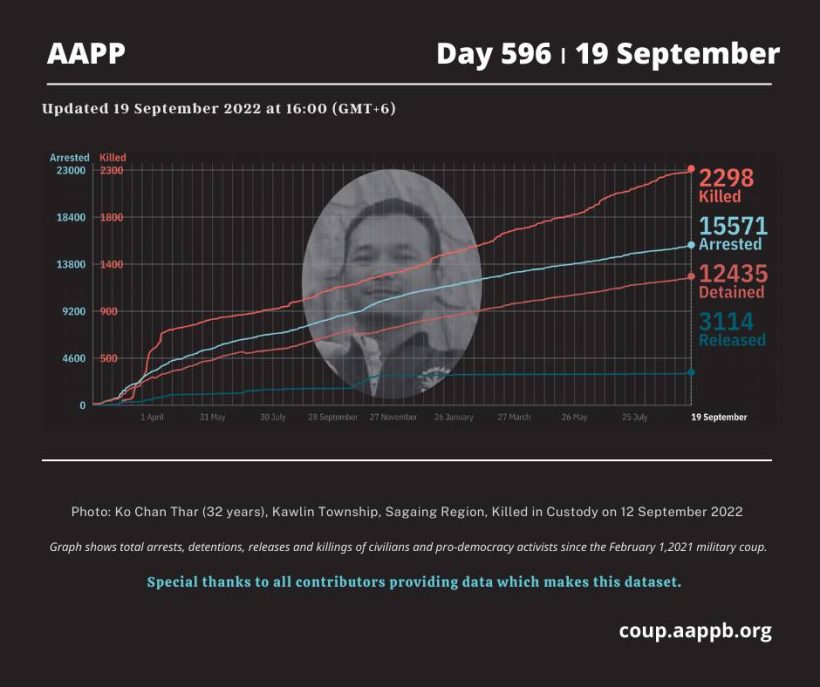 Since the February 1, 2021 military coup and the emergence of the Spring Revolution, a total of  (2298) people, pro-democracy activists and other civilians have been killed through military crackdown following pro-democracy movements.

On September 16, at around 4 am, the armed wing of the junta fired separate heavy and light weaponry into Na Nwin Kaing  Village, from Kyauk Rik Base, Myaung Township, Sagaing Region. 70-year old Kyi Tin who was seeking refuge in a monastery was killed by an artillery shell in the assault.

On August 27, Khin Myo Nwel was detained by the armed wing of the Junta in Zee Phyu Kone Village, Twantay Township, Yangon Region. On August 29, junta forces reported to her family that she was dead. The junta did not mention a cause of death. Khin Myo Nwel’s family went to Mingaladon Military Hospital on August 30, but could only see her face.