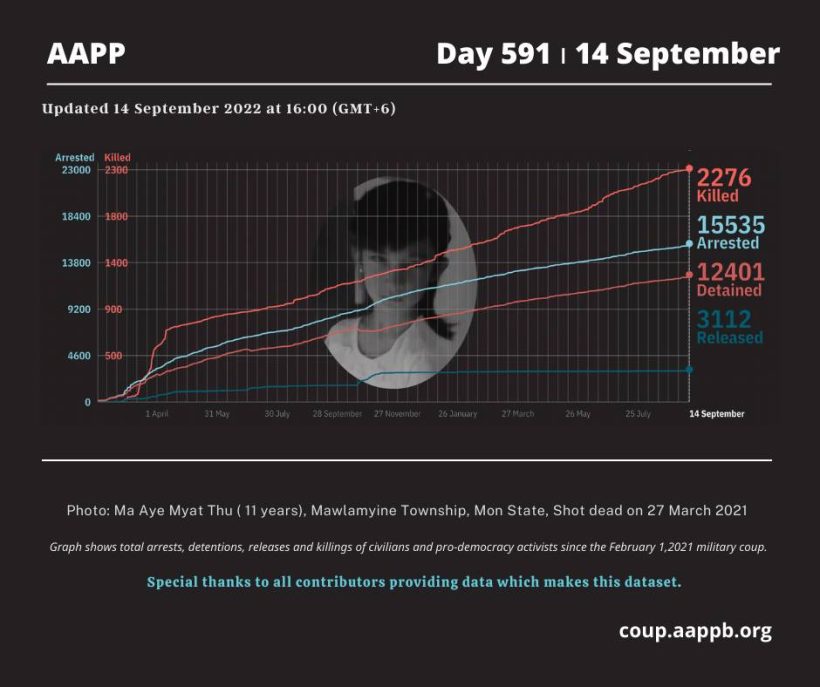 Since the February 1, 2021 military coup and the emergence of the Spring Revolution, a total of  (2276) people, pro-democracy activists and other civilians have been killed through military crackdown following pro-democracy movements.

On September 8, 17-year-old matriculation student Thazin Moe who was living in Zee Kanar Village, Kanbalu Township, Sagaing Region, was arrested by the armed wing of the Junta. She and three other villagers are still detained, whilst some other locals who were arrested that day were released on  September 9.

On September 12, at 5 pm, the armed wing of the junta launched an offensive into Zee Kone Village, Kawlin Township, Sagaing Region. Junta troops detained and then shot 2 local men dead. The deceased were a local called Thein Zaw and a CDM school teacher named Chan Thar.