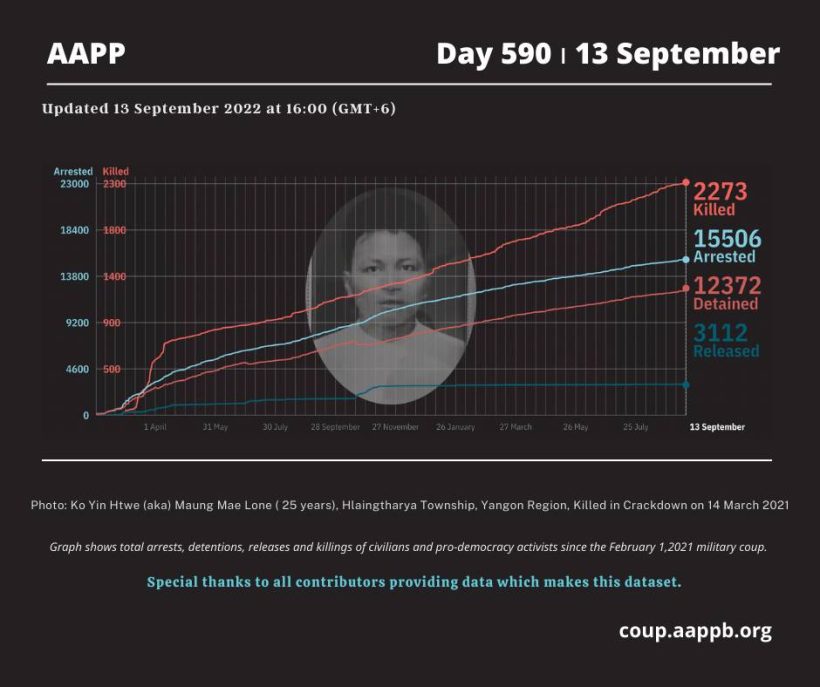 Since the February 1, 2021 military coup and the emergence of the Spring Revolution, a total of  (2273) people, pro-democracy activists and other civilians have been killed through military crackdown following pro-democracy movements.

In the evening of September 5, soldiers came to arrest Aung Ko Ko, one of the people leading a social media page Voice Of Mandalay (VOmdy), in his house in Mandalay City. But they were not able to locate him. So they took his mother, Thaung Thuang Myint, a CDM primary school headmistress, as hostage instead.

In the afternoon of September 11, two civilians named Kyaw Ye Htwe and May Zin Htwe (aka Wine Chit) were arrested by junta armed forces at Aung Tagon Ward, Pauk Township, Magway Region, for allegedly completing PDF training. They were taken to the Pauk Myoma Police Station.