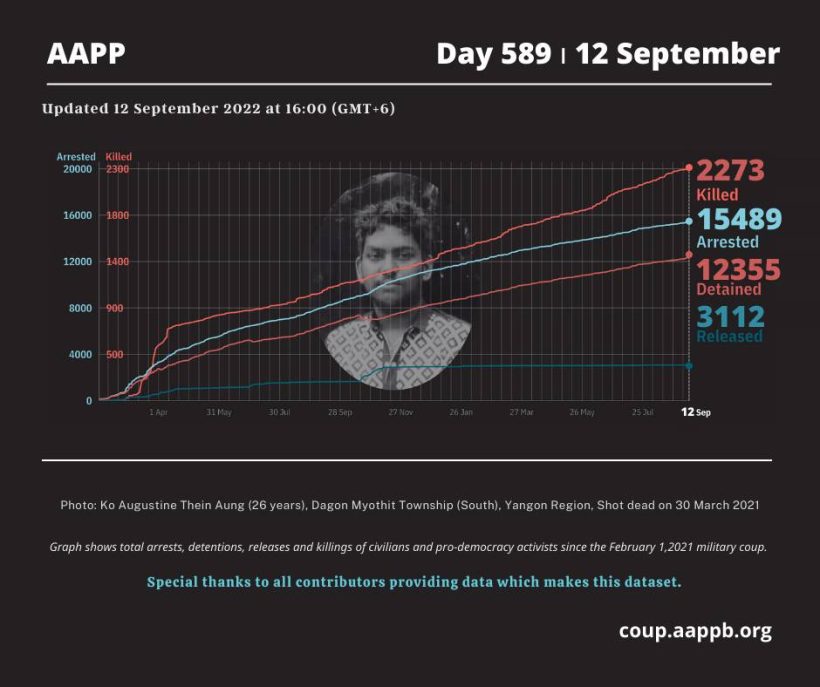 Since the February 1, 2021 military coup and the emergence of the Spring Revolution, a total of  (2273) people, pro-democracy activists and other civilians have been killed through military crackdown following pro-democracy movements.

On September 8 at 8 am, a clash broke out in Pwe Kone (3) Ward, Mobye Town, Shan State. The armed wing of the junta fired heavy weaponry. One of the artillery shells landed on a house, resulting in the death of a 7-year old child, who bled to death from injuries to his chest and hands.