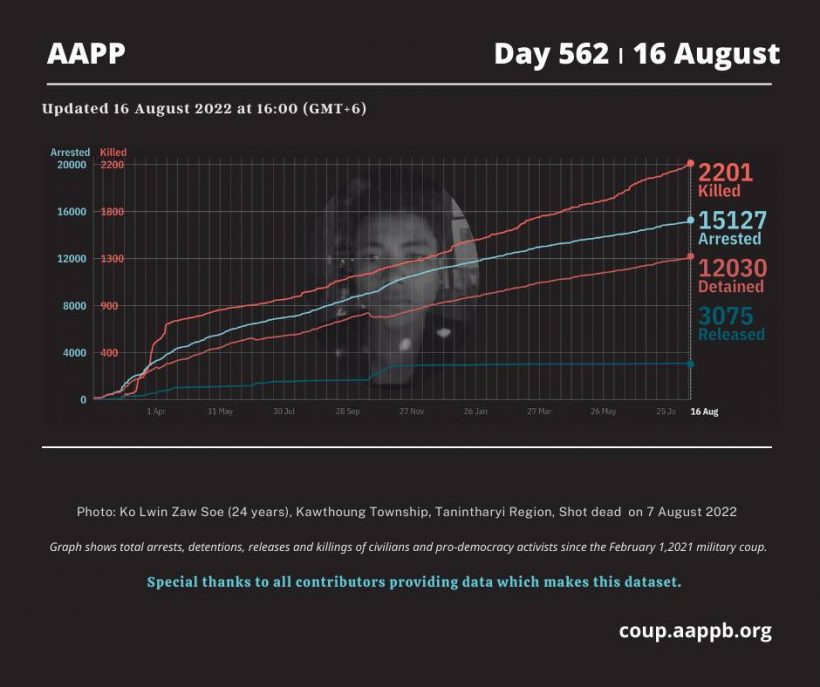 Since the February 1, 2021 military coup and the emergence of the Spring Revolution, a total of  (2201) people, pro-democracy activists and other civilians have been killed through military crackdown following pro-democracy movements.

On August 8, at around 7 PM, the junta forces stationed at No.8 High School’s yard in San Myot Ward, Kale Township, Sagaing Region, opened fire when they saw a local named Linn Linn Naing (aka Nge Lay). Linn Linn Naing was on his way by motorbike to his relative’s house for a sleepover with his friend when he was fatally shot.

On August 14, the junta forces raided and fired at Haing Hmarl Village, Tedim Township, Chin State with various weaponry. They set 8 households on fire and captured two siblings, 17-year old Lal Nun Puii and 15-year old Lal Ruat Mawia, who were at their house. The siblings were shot dead somewhere between Haing Hmarl and Ri Kaw Darl Town; and on August 16, their bodies were discovered.