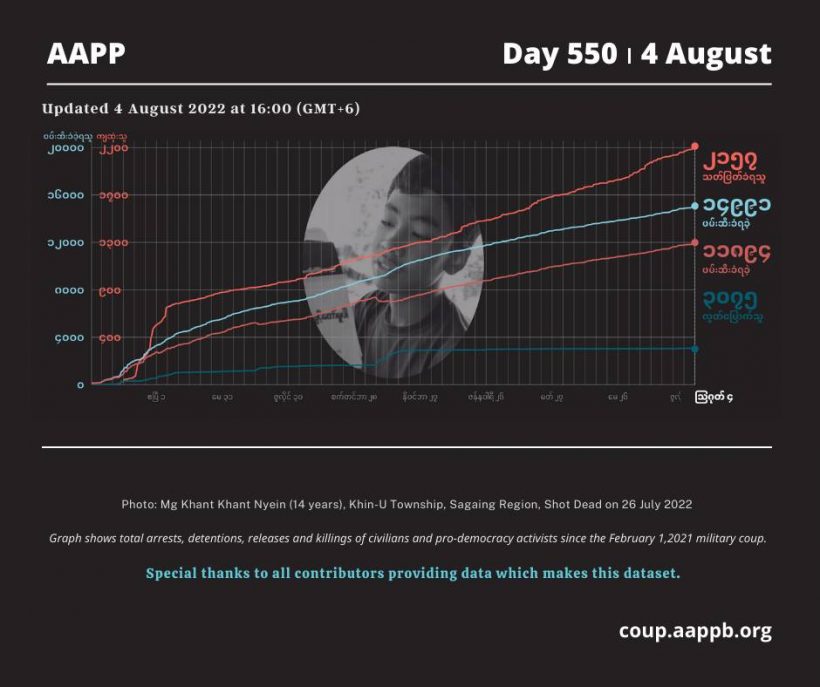 On July 30, junta forces fired heavy weaponry into Inn Pat Village, Khin-U Township in Sagaing Region. A 86-year old called Wet was killed from an artillery shell to the head, while 2 other locals were injured.