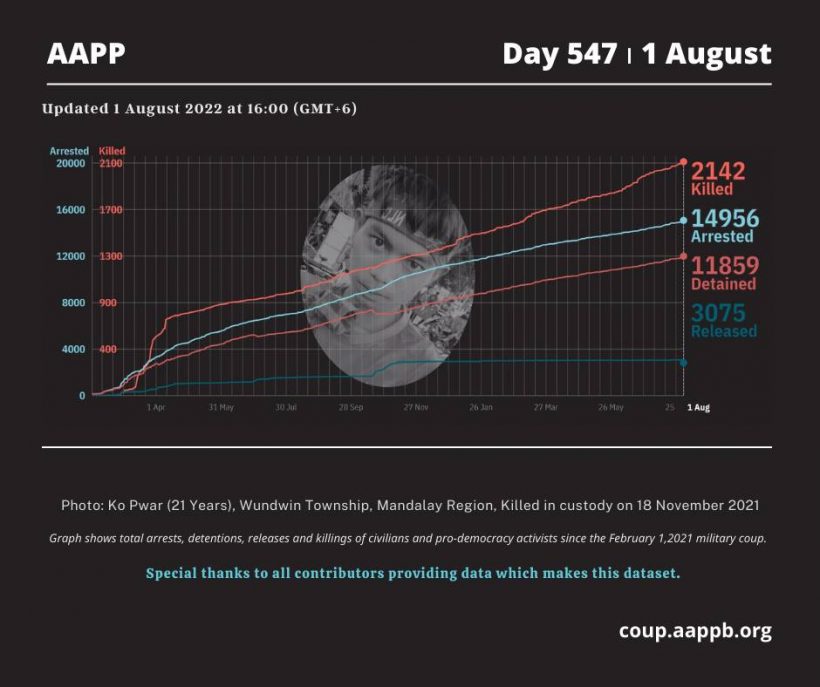 Since the February 1, 2021 military coup and the emergence of the Spring Revolution, a total of  (2142) people, pro-democracy activists and other civilians have been killed through military crackdown following pro-democracy movements. AAPP compiled and documented (4) fallen heroes today. These (4) fallen heroes, from Sagaing Township and Khin-U Township in Sagaing Region and Myaing Township in Magway Region, were killed on previous days, but documented today.

On the morning of July 27, the armed wing of the Junta raided Letpan Hla Village in Khin-U Township, Sagaing Region torching houses, and 88-years-old named Phwar Si was burned to death. As well as this, a local villager Tin Moe Win, was shot dead after being tortured, gunshot wounds were found on his pelvis and head.

On July 23 at around 8 am, the armed wing of the Junta raided and set fire to Kyauk Kan Village in Myaing Township, Magawy Region. The junta also arrested a local villager Win Myaing, who suffers from mental illness, before torturing then killing him.