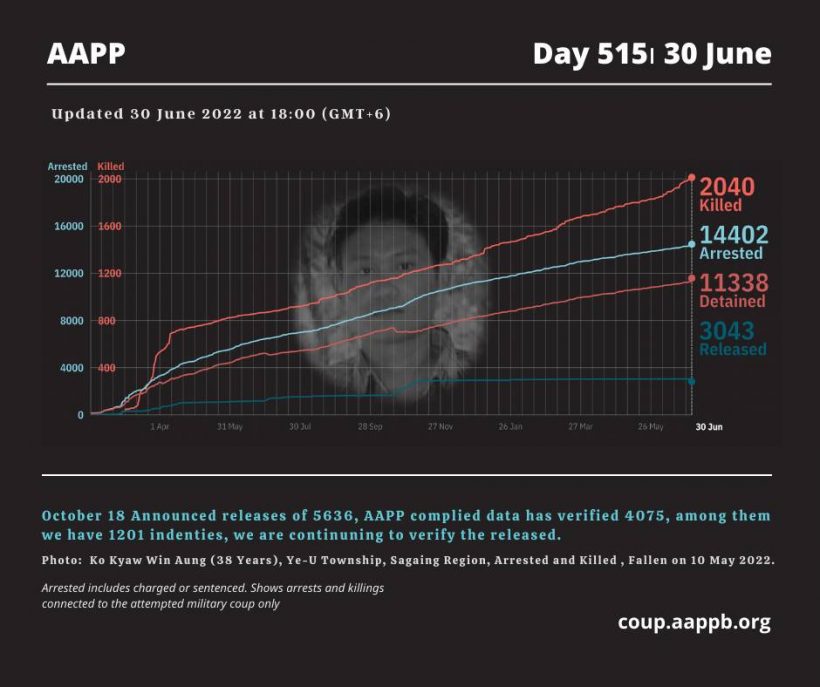 Since the February 1, 2021 military coup and the emergence of the Spring Revolution, a total of  (2040) people, pro-democracy activists and other civilians have been killed through military crackdown following pro-democracy movements. AAPP compiled and documented (1) fallen hero today. This (1) fallen hero, from Mindat Township in Chin State, was killed on June 29, but documented today. This is the number verified by AAPP. The actual number of fatalities is likely much higher. We will continue to update accordingly.

On June 28, Hpung Yot Phi Nan, who is chairman of the Rawang Youth Association, was sentenced to ten years of imprisonment for helping the People’s Defence Force (PDF) and Civil Disobedience Movement (CDM) members. He was arrested for the first time in February 2021 for protesting against the coup, and arrested again on February 8, 2022, which is when he was given his sentence.