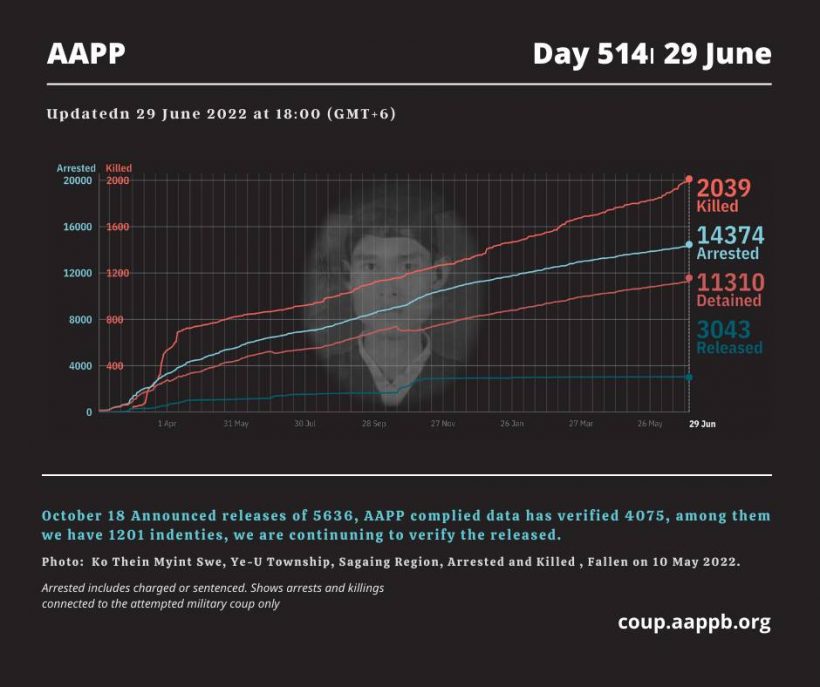 Since the February 1, 2021 military coup and the emergence of the Spring Revolution, a total of  (2039) people, pro-democracy activists and other civilians have been killed through military crackdown following pro-democracy movements. AAPP compiled and documented (2) fallen heroes today. These (2) fallen heroes, from Kale Township and Salingyi Township in Sagaing Region, were killed on previous days, but documented today. This is the number verified by AAPP. The actual number of fatalities is likely much higher. We will continue to update accordingly.

On the afternoon of June 25, Htwe Htwe Thein (aka Gwan Pon) living in Wetlet Township, Sagaing Region was arrested as a hostage when the junta could not find her daughter, Thoon Nant Thar.

On June 24, Maung Toe, living in Aung Thitsar Ward, Kale Township, Sagaing Region, was arrested at home as a hostage when the junta could not find his son. Then on June 27, the junta informed the family of Maung Toe to retrive his dead body.