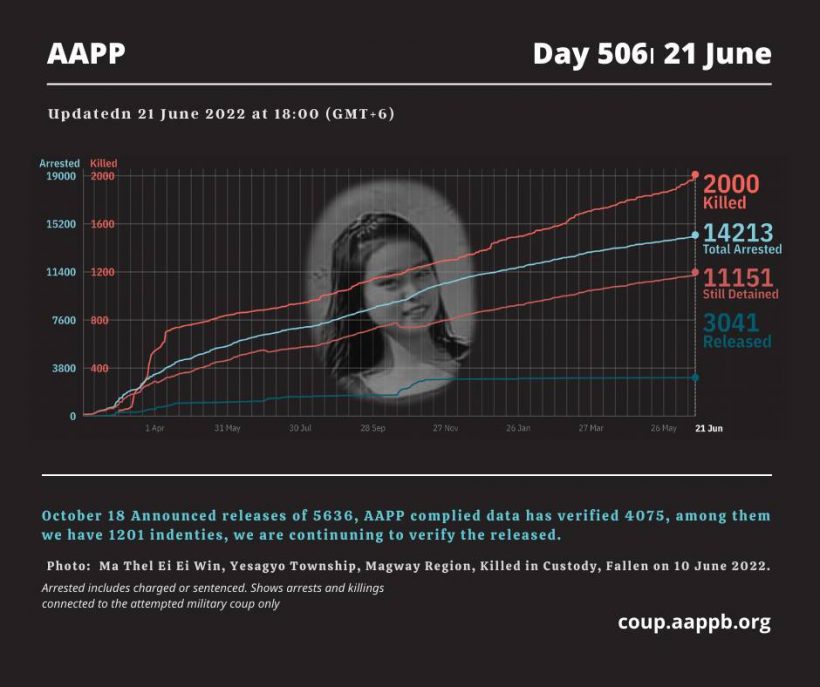 Since the February 1, 2021 military coup and the emergence of the  Spring Revolution, a total of  (2000) people, pro-democracy activists and other civilians have been killed through military crackdown following pro-democracy movements. AAPP compiled and documented (7) fallen heroes today. These (7) fallen heroes, from Tanintharyi Township in Tanintharyi Region, Pauk Township in Magway Region, and Wetlet Township and Tamu Township in Sagaing Region, were killed on previous days, but documented today. This is the number verified by AAPP. The actual number of fatalities is likely much higher. We will continue to update accordingly.

On the night of June 18, Myint Than, the father of Thin Thiri Soe, living in Ayeyarwady Region’s Zalun Township, was arrested at home. He was taken as hostage when the armed wing of the junta were unable to find Thin Thiri Soe. A junta informant had made a complaint about her for criticizing the junta’s matriculation exam results on Facebook.