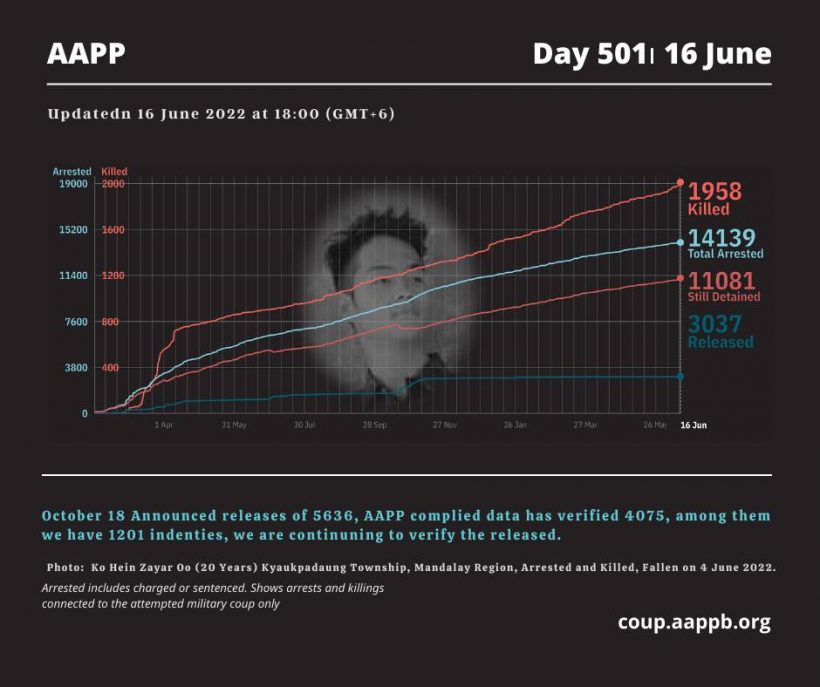 Since the February 1, 2021 military coup and the start of the Spring Revolution, a total of  (1958) people, pro-democracy activists and other civilians were killed, in the military crackdown of the pro-democracy movement. AAPP compiled and documented (4) fallen heroes today. These (4) fallen heroes from Pakokku Township in Magway Region and Khin-U Township in Sagaing Region were killed on previous days, but documented today. This is the number verified by AAPP. The actual number of fatalities is likely much higher. We will continue to update accordingly.

Starting June 8, the armed wing of the junta has been attacking Pakokku Township (Magway Region) and in Taung Palu Village, many locals got tortured, including 65-year old Soe Han. His injuries were too serious for him to be able to run away and when his son came to rescue him on June 11, he passed away within five minutes of being found.