Seizing People’s Lives: The unlawful confiscations of civilians’ property by the terrorist military 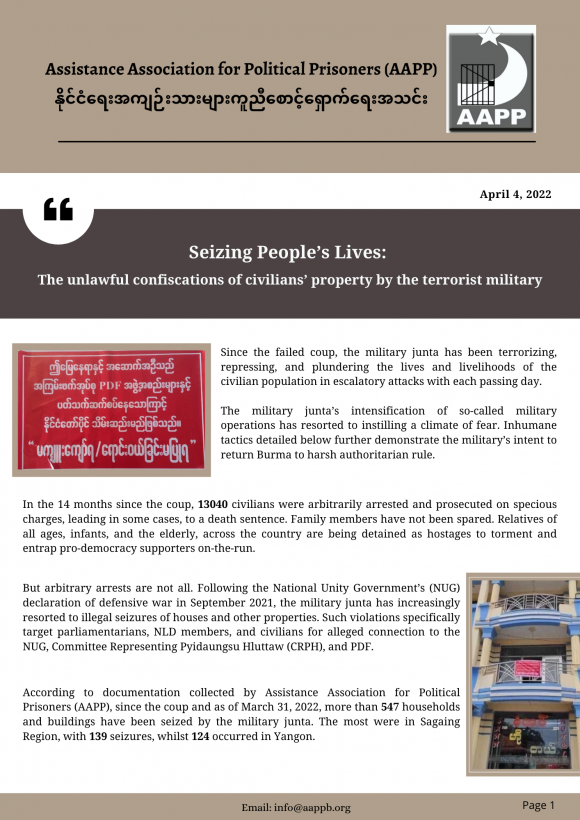 April 4, 2022
Since the failed coup, the military junta has been terrorizing, repressing, and plundering the lives and livelihoods of the civilian population in escalatory attacks with each passing day.
The military junta’s intensification of so-called military operations has resorted to instilling a climate of fear. Inhumane tactics detailed below further demonstrate the military’s intent to return Burma to harsh authoritarian rule.
According to documentation collected by Assistance Association for Political Prisoners (AAPP), since the coup and as of March 31, 2022, more than (547) households and buildings have been seized by the military junta.
Assistance Association for Political Prisoners