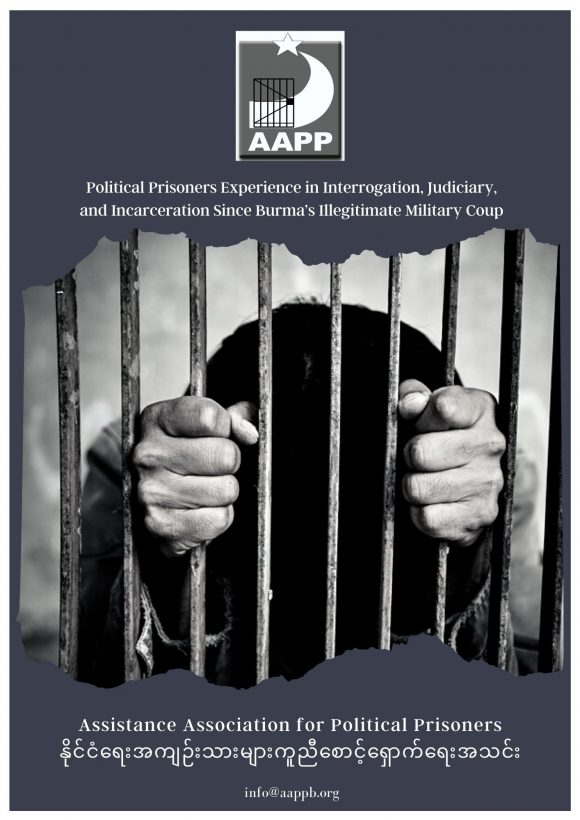 From the day the organization was established, throughout its 22-year existence, AAPP has been diligently observing, documenting, and reporting on the violations of prisoner rights, and human rights throughout Burma.
Through our work, we have discovered the situation inside prisons and interrogation centers in the country has clearly worsened since the February 1, 2021, attempted military coup. The inhumane conditions suffered by political prisoners demonstrate how the junta thinks. For them, it is as if those who show dissent do not have fundamental human rights.
In this report, we have described the experiences of political prisoners, pro-democracy supporters, who have been subjected to interrogation, judicial processes, and imprisonment by the junta since the beginning of the attempted coup. Evidence has been collected from AAPP records on file, interviews with family members of political prisoners, interviews with released political prisoners, and other credible sources.
This brief report provides inexorable evidence that arbitrary arrests and unlawful imprisonment will continue, along with persecution over all peoples, including ethnic nationalities, with violations of human rights everywhere across the country, if the coup continues. As long as the military dictatorship exists, people in Burma will have no future.