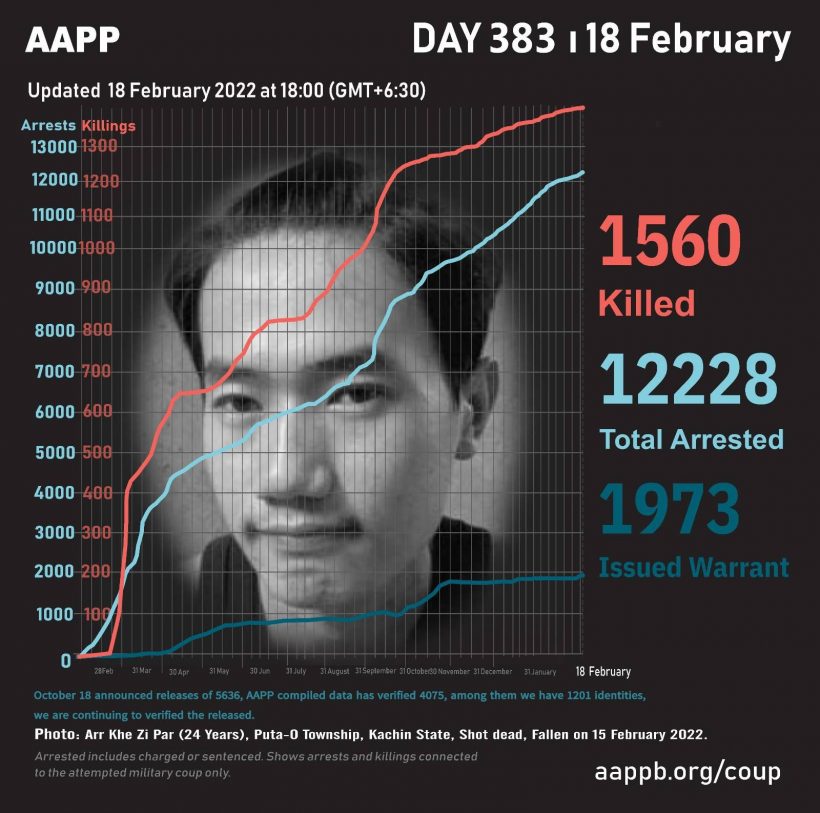 As of February 18, (1560) people are now confirmed killed by this junta coup. AAPP compiled and documented (3) fallen heroes today. These (3) fallen heroes from Myingyan Township in Mandalay Region and Thandwe Township in Rakhine State were killed on February 17 and documented today. This is the number verified by AAPP. The actual number of fatalities is likely much higher. We will continue adding as and when.

On the night of February 15, the armed wing of the Junta and Pyu Saw Htee, who were stationed  in Nyaung Toe Village school, Myingyan Township, in Mandalay Region, assaulted a civilian called San Aung and his two sons, Tun Tun Oo and Than Htike Oo. The attack happened in their home, for the reason of participating in protests against the coup. San Aung was sent to the Myingyan District Hospital  and Nganzun Hospital where he was also refused treatment. San Aung died on February 17 at around 9 pm.

Similarly, in the evening of February 17, Aung Nyunt, a Nyaung Toe villager, was taken into the Nyaung Toe Village school and beaten. His body was found on the roadside.