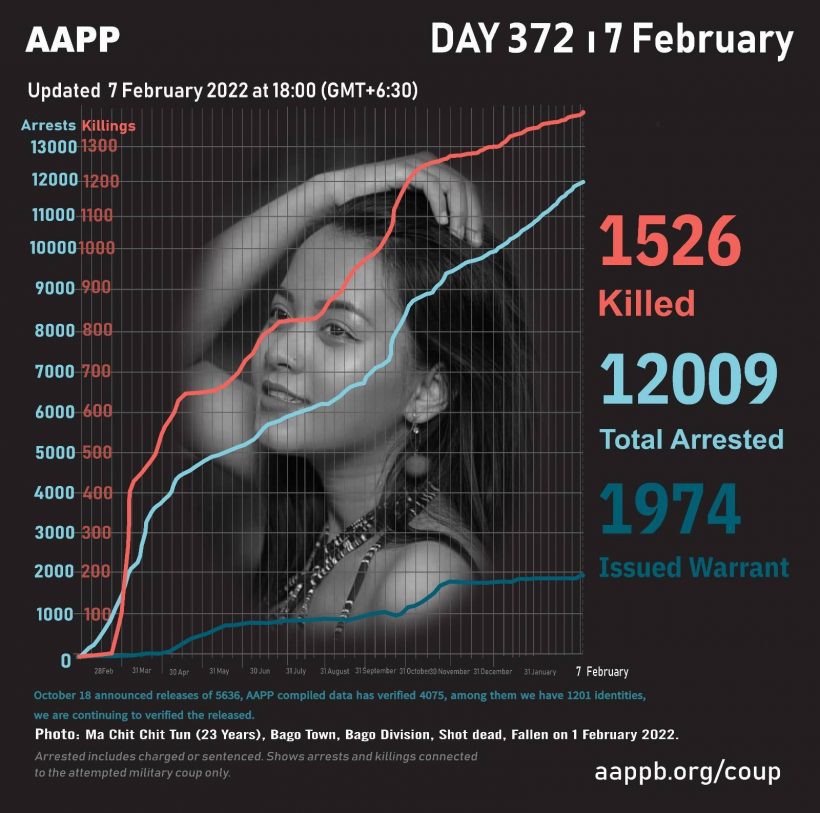 On the evening of February 5, Phyo Kyaw Han and Shine Wunna Htet, living in Sai Gaung Village in Bago Region’s Gyobingauk Township, went to Nyaung Myaing Village to give a wedding invitation letter. On the way, the military stopped and questioned them. Shine Wunna Htet ran away and was detained by the village administrator, and was handed over to the military, while hiding at Nyaung Pin Ai Village. He was tortured during interrogation. Phyo Kyaw Han was checked but he was told to go. Then, he was shot dead to his back, as an NUG profile was found on his Facebook Account in his phone.

On January 31, the armed wing of the Junta stationed at King Sanpya Village, in Sagaing Region’s Kani Township, arrested seven local villagers. Three of these villagers, named San Aung (aged 52 years old), Sin Pauk a.k.a Chan Thar, and Min Min were killed after their arrest. On February 1, the bodies of San Aung and Sin Pauk a.k.a Chan Thar were found. Min Min’s body was found on February 3.

On February 1, Nan Wai Mar died, at around 7 am, due to a mine explosion which was set up by the Junta troops at her home. This heinous act took place in King Sanpya Village.