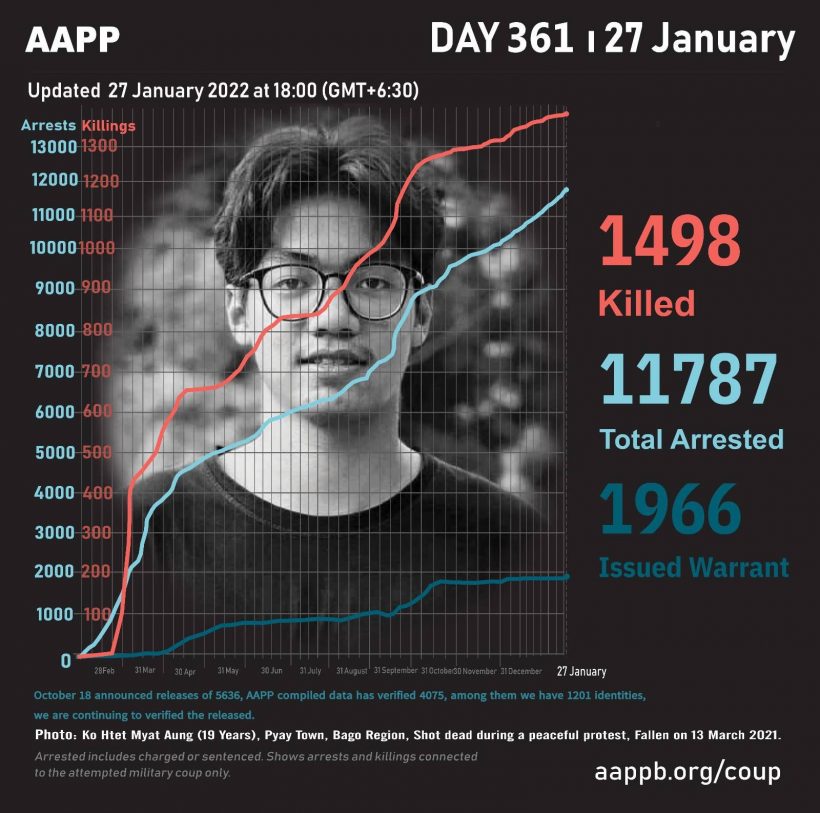 As of January 27, (1498) people are now confirmed killed by this junta coup. AAPP compiled and documented (4) fallen heroes today. These (4) fallen heroes from Ayadaw Township in Sagaing Region were killed on January 26 and documented today. This is the number verified by AAPP. The actual number of fatalities is likely much higher. We will continue adding as and when.

On January 26, four locals were shot dead by the armed wing of the Junta, near Baw Kone Village in Sagaing Region’s Ayadaw Township for allegedly being personnel of the People’s Defense Force (PDF). Three out of the four villagers named San Linn, aged 37 years, Kalar, aged 10 years and a youth, aged 26 years, were shot dead while going to a field. Phoe Thaung, aged 60 years old, was stopped when he went on a bicycle and was then shot dead in the head.