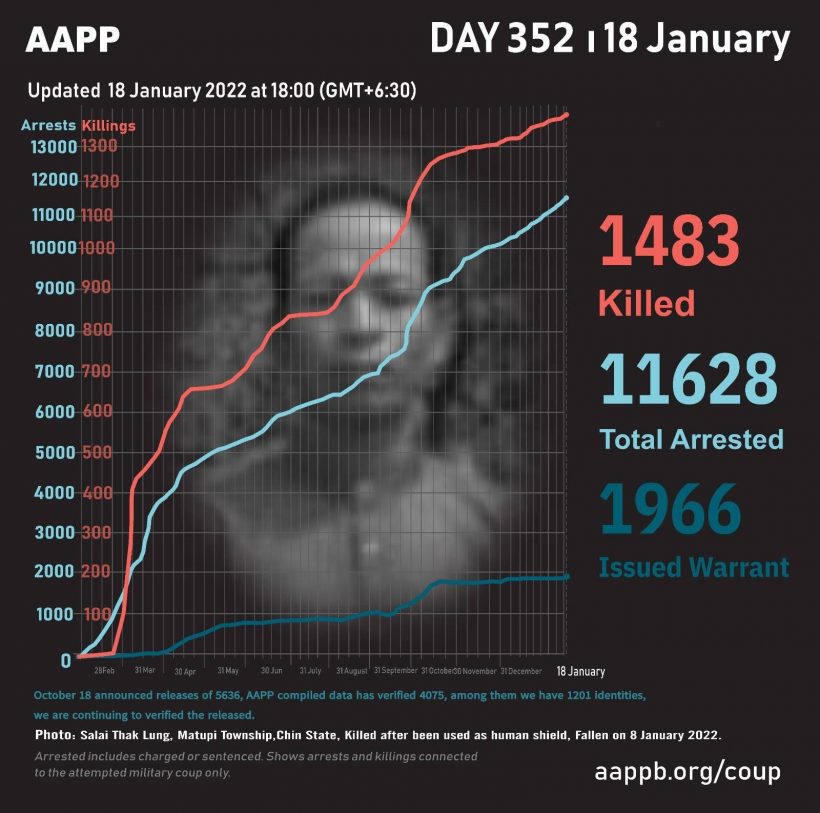 A local civilian named Win Zaw Oo was injured when the armed wing of the Junta raided and opened fire at Doutyat Village, in Mon State’s Bilin Township, on January 17. He died while he was receiving medical treatment at Thahton Hospital.

A man was killed after he was arrested, and interrogated by Junta soldiers, on his way to the shops at Monywa Township in Sagaing Region, on the afternoon of January 16. His name is San Paw a.k.a Tun Aung Naing and it was reported that injuries consistent with torture were found on his body. San Paw a.k.a Tun Aung Naing lived in Sagaing Region’s Kani Township and moved to Monywa Township due to the clashes in Kani Township.