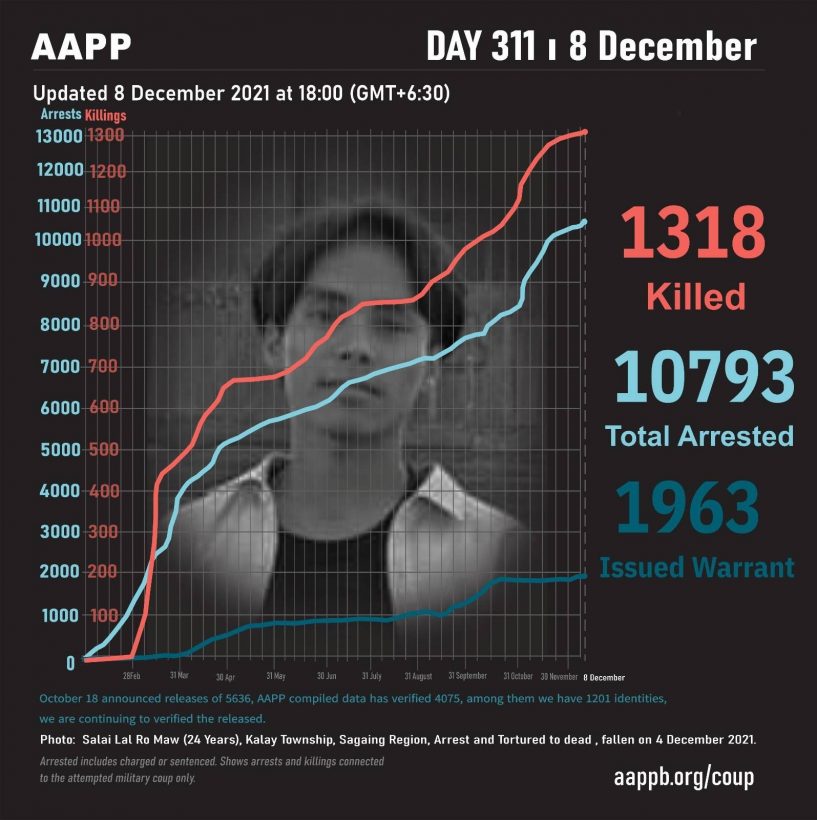 As of December 8, (1318) people are now confirmed killed by this junta coup. AAPP compiled and documented (13) fallen heroes today. These (13) fallen heroes from Salingyi Township in Sagaing Region and Chan Mya Tharsi Township in Mandalay Region were killed on the previous days and documented today. This is the number verified by AAPP. The actual number of fatalities is likely much higher. We will continue adding as and when.

In the morning of December 7, the Junta’s armed wing raided Donetaw Village in Sagaing Region’s Salingyi Township. They captured 11 villagers including youths, tied them up and set them on fire. In addition to this, a woman who suffers from mental illness, Win Yi, was shot dead by junta soldiers in Donetaw Village.

In the evening of December 6,  a 5-year-old child called Ei Thandar Aung was shot in the back of her head and died on the spot while playing in front of her house. The armed wing of the Junta had aimlessly fired into Aung Tharyar Ward in Mandalay Region’s Chan Mya Tharsi Township after a bomb attack on the Aung Tharyar ward administration office in which Junta soldiers were guarding.