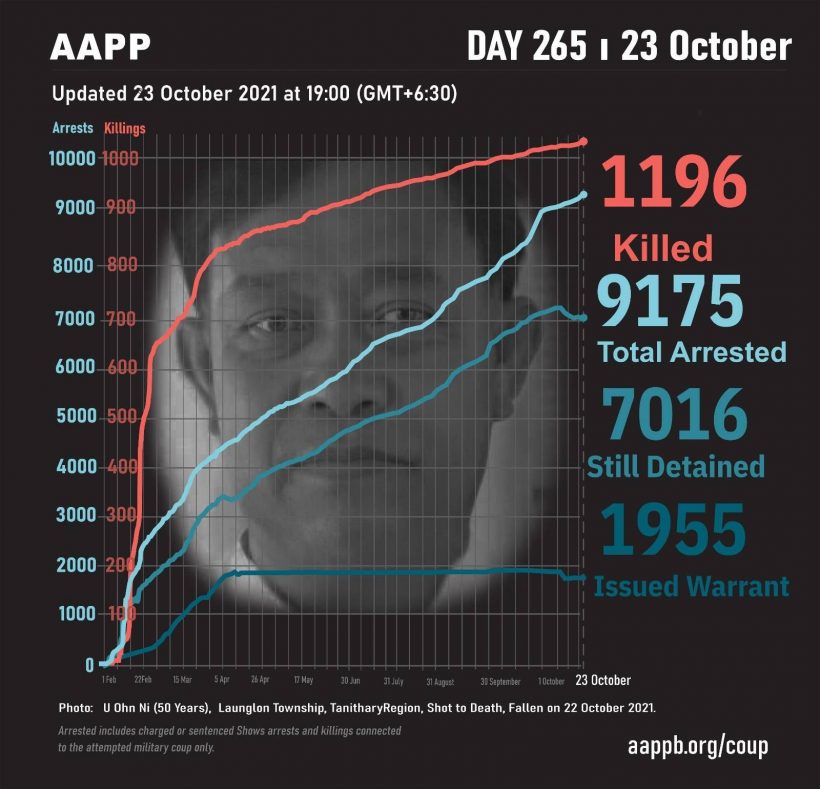 On October 18, the junta announced they would release 1316 people who had been sentenced and 4320 people who were facing trial. The exact identities and total figures remain to be verified, but we will continue to verify the recently released.

On October 20, Tin Tun and Kaung Thiha, a father and a son, living in Kan Gyi Village in Kantbalu Township, Sagaing Region, were detained. The pair had been going to Chat Thin Police Station when five police officers requested help to bring motorbikes so the police could join CDM and abandon their posts, but the request was a trick. The father and son were later shot dead, on October 21.

On the morning of October 22, two people were killed when terrorist junta soldiers and Pyu Saw Htee entered a tea shop at Pandalal Village in Lounglon Township, Tanintharyi Region and opened fire. Nay Nay was killed on the spot, and Ohn Ni died at the hospital. Three other locals remain in serious condition from gunshot injuries.