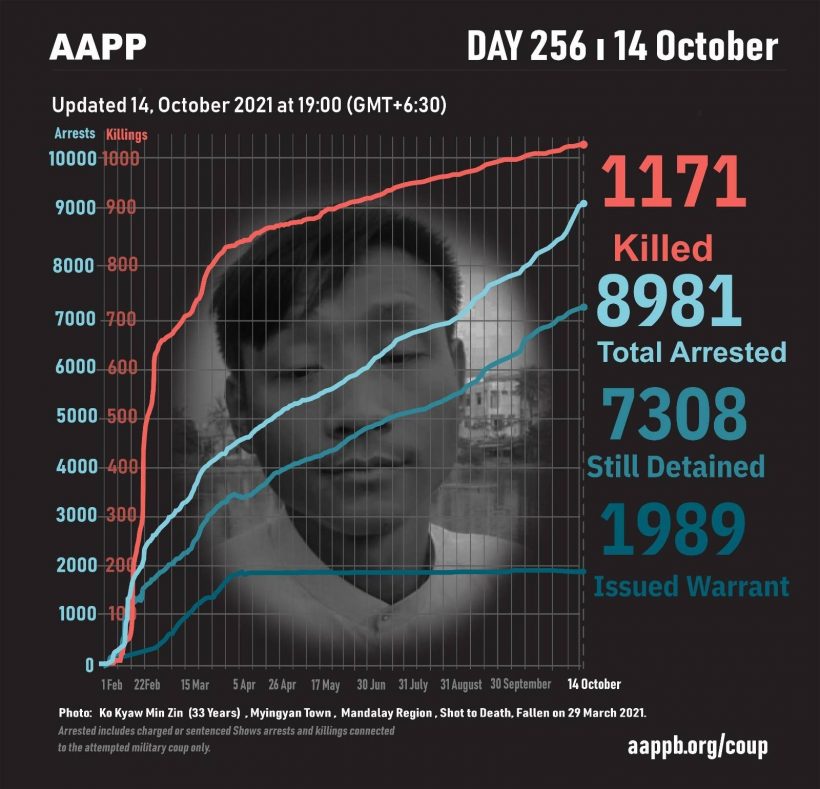 Five ethnic Chin youths who were detained for almost five months on suspicion of setting off two bomb blasts, were unconditionally released on October 12, when the court found them not guilty. The five youths were re-arrested by the terrorist junta on October 13 after two bombs exploded on the morning of May 28, in front of the Paletwa General Administration Department’s office and Myanmar economic bank. They were charged under Section 505(a) of the Penal Code. They are a singer named Aik Tun Min, company staff named Aik Tun Min, a Forest Department civil servant named Aik Tun Min, an NGO worker named Yar Kyaw, and Aung Tun Soe.

On October 11, the terrorist junta arrested the family of Sergeant Hing Lian Pian from North Western Command, after he was involved in the Civil Disobedience Movement (CDM) on October 9. His 60-year-old mother, his 10-year-old niece, another university student niece, and his two sisters who are both disabled, were all arrested.