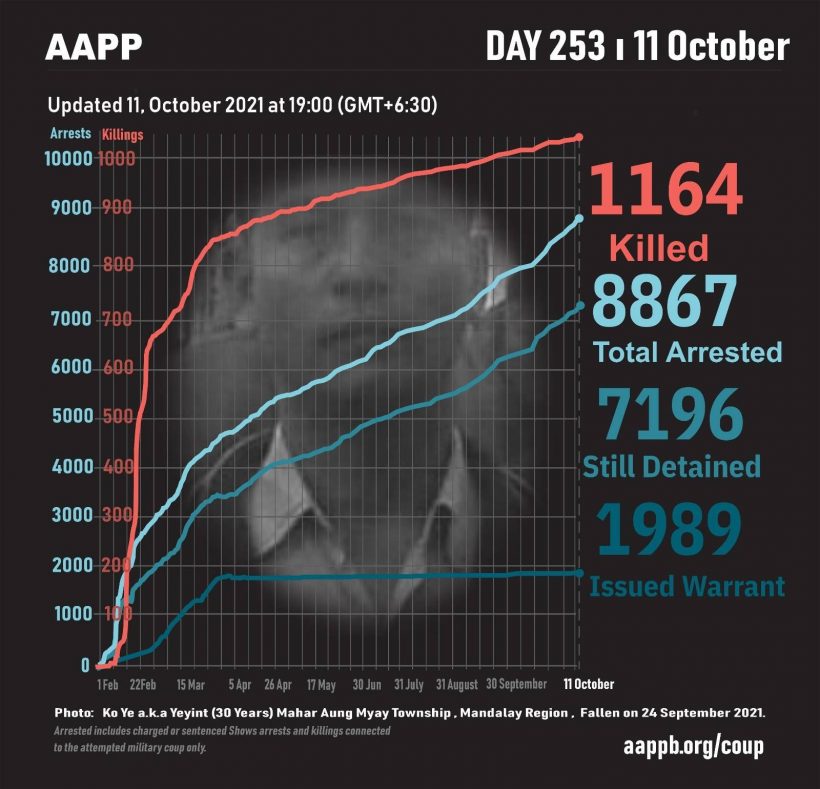 On October 10 around 2 am, Win Htet Kyaw a.k.a Ko Htet, Soe Lwin Oo, Than Lwin Myint, who are NLD party members from Kan Thar Gyi Village in Pwintbyu Township, Magway Region, were shot and detained by terrorist junta troops. Win Htet Kyaw died from his wounds, and the two other men were detained with their injuries.

On October 9, brothers Kyaw Hein and Daw Minit, who are internally displaced persons were arrested while they were returning to their village named Sanpya 6 mile village in Dimawso Township in Kayah State to take food. The junta soldiers shot both brothers, Kyaw Hein died and Daw Minit was injured on his head.

Thein Zaw, who was the village’s leading protester against dictatorship, and two other villagers, were arrested by many terrorist junta soldiers at Than Taw Village, Tipin Village Tract in Sagaing Region’s Shwebo Township on the afternoon of October 9. The group was questioned and beaten, and handcuffed on motorbikes. On the way, Thein Zaw was shot dead by the junta soldiers, accused of running away when Thein Zaww fell off the motorbike.