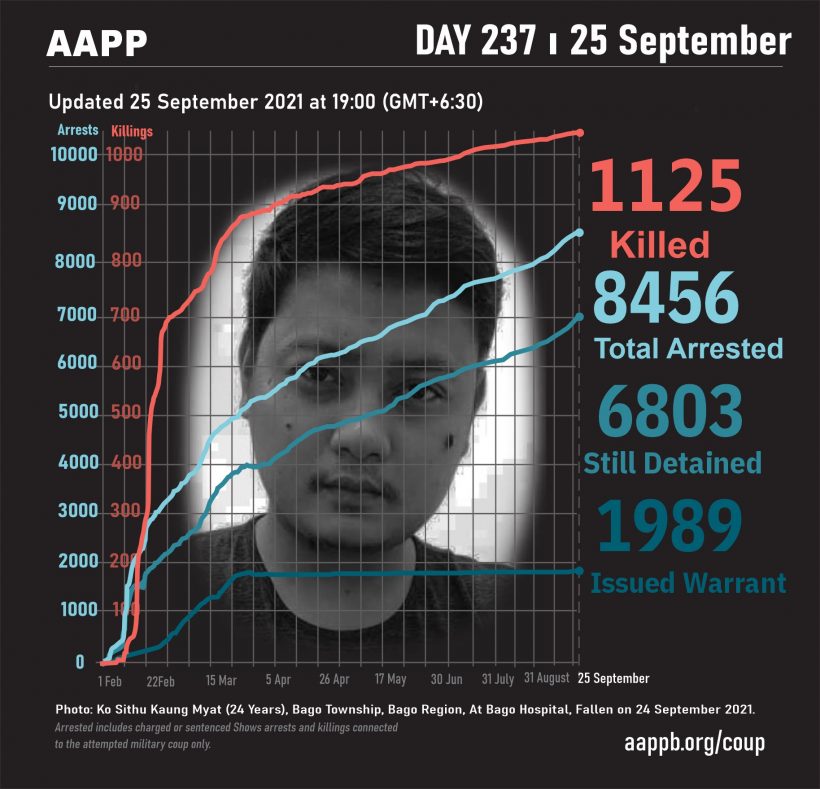 As of September 25, (1125) people are now confirmed killed by this junta coup. AAPP compiled and documented (2) fallen heroes today. These (2) fallen heroes from Bago City in Bago Township and Maha Aung Myay Township in Mandalay Region were killed on September 24 and documented today. This is the number verified by AAPP. The actual number of fatalities is likely much higher. We will continue adding as and when.

Sithu Kaung Myat, a political activist from Bago City in Bago Region, had gunshot wounds on his head, stomach and hands, when junta police shot him while arresting him at home, on September 23 at around 10 pm. He died on the afternoon of September 24, while he was receiving medical treatment in Bago General Hospital. About one hour after he died, police sealed the house where he and his mother lived, so that no one could enter.

Ye, who was detained at the No.7 Police Station in Maha Aung Myay Township in Mandalay Region, was shot dead by police after being accused of running away while he was leaving the police station, when he was released on the evening of September 24. On September 22, he was arrested on suspicion of setting off a bomb explosion in Sein Pan Ward.