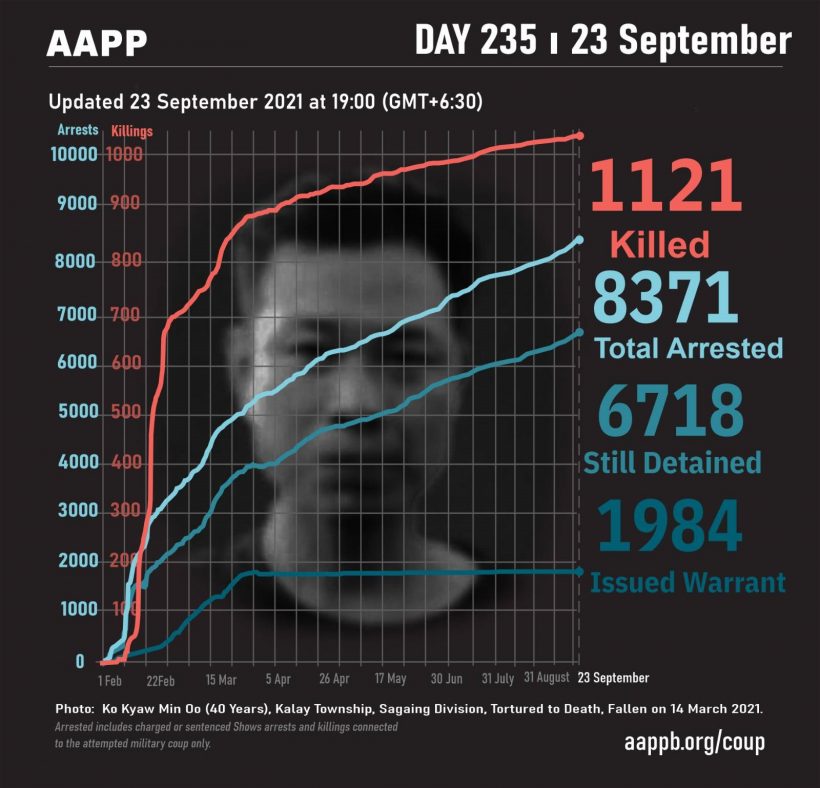 As of September 23, (1121) people are now confirmed killed by this junta coup. AAPP compiled and documented (1) fallen hero today. This (1) fallen hero from Myingyan Township in Mandalay Region was killed on September 17 and documented today. This is the number verified by AAPP. The actual number of fatalities is likely much higher. We will continue adding as and when.

Myo Tayzar Maung, a poet and English Instructor from Pyinmana in the Naypyidaw Territory, was arrested on the night of September 20 at home, by junta police. It is reported that he was arrested for posting on his Facebook page, speaking out against the dictatorship and some other issues in the past day.

Sein Linn Oo, living in Pike Gyi Wae Village in Hlegu Township in Yangon Region, who was a senior clerk of the township’s court, was dismissed from work, for being involved in the Civil Disobedience Movement (CDM). He was arrested on September 21, at around 4 pm at home, by the terrorist junta.