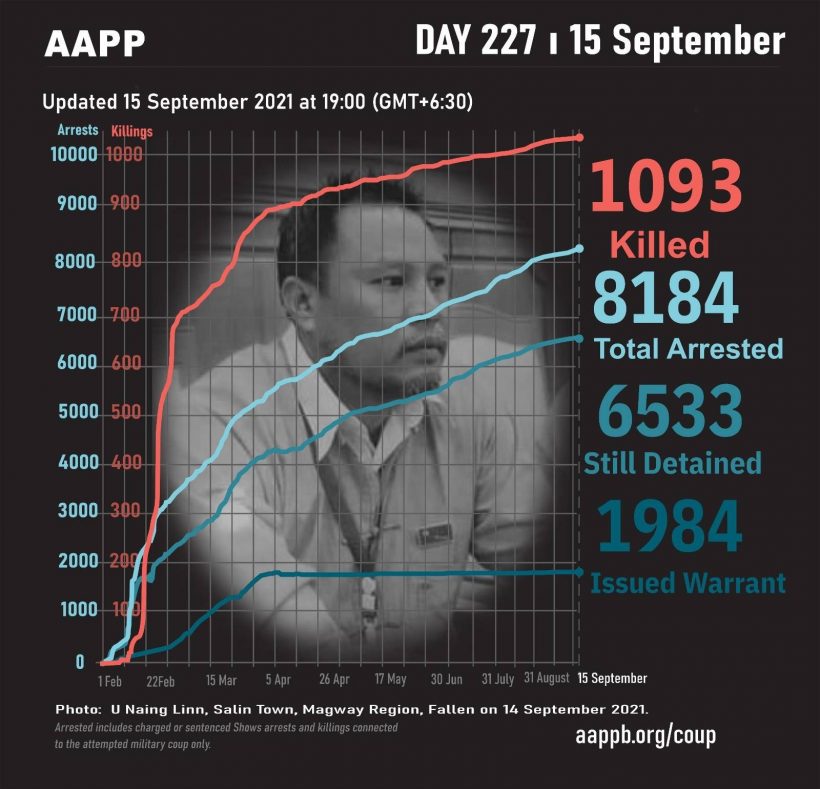 Naing Linn, an executive member of the NLD party of Salin Township in Magway Region, died when he arrived at the hospital. He was shot many times by the terrorist junta police, while he was at home in Khin Palu Village in Wunra Village Tract in Salin Township, on the evening of September 14.

A 60 year old named Than Aye; the NLD Party member of Waw Township in Bago Region, living in Letpan Thone Pin Village in Waw Township, was arrested on September 13 and died the same day, due to torture during interrogation. His body was cremated by the terrorist junta on September 14, without informing the family.

On September 14, the terrorist junta troops raided the Kyaukse Village in Sagaing Region’s Kalay Township and set two houses on fire. Moreover, they killed 55 year old Thaung Myint and an elderly man, who were sheltering at the village monastery.