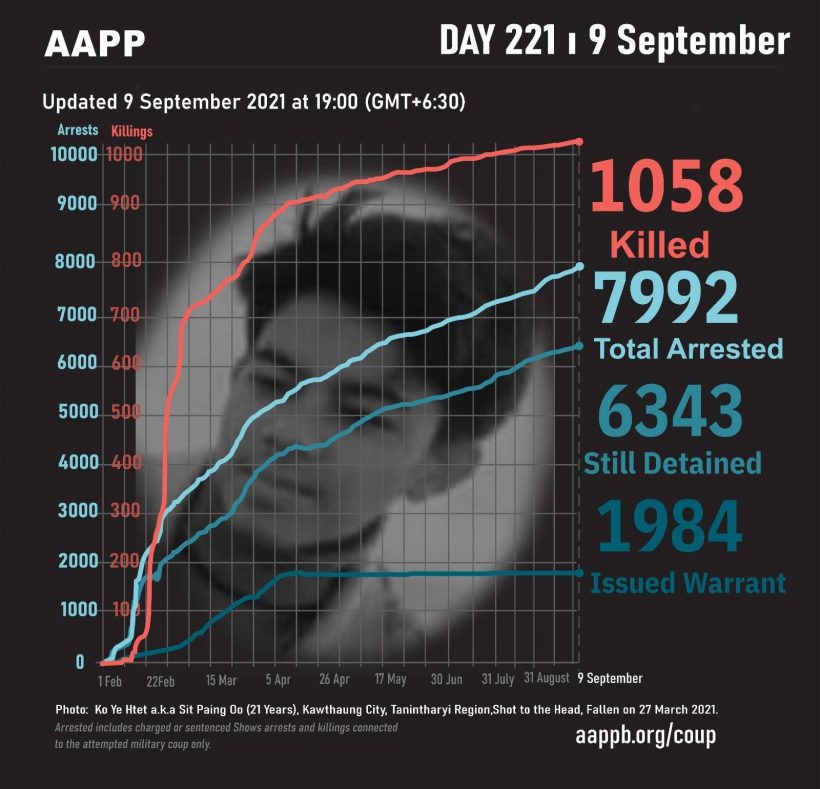 As of September 9, (1058) people are now confirmed killed by this junta coup. AAPP compiled and documented (4) fallen heroes today. These (4) fallen heroes from Pauk Township in Magway Region and Taungthar Township in Mandalay Region were killed on previous days and documented today. This is the number verified by AAPP. The actual number of fatalities is likely much higher. We will continue adding as and when.

Nyo Than, Soe Naing Win and Min Min, three local farmers from Dein Kwin Village in Magway Region’s Pauk Township, were killed when they were forced to step on an explosive mine, by the terrorist junta. This happened after they were arrested and forced to act as guides by terrorist junta soldiers, on August 27.

Moe, who is an NLD party supporter from Phayarhla Village in Mandalay Region’s Taungthar Township, was arrested by the terrorist military on August 30. Moe was brought back to his village and shot dead in the head and chest by the military, on the night of September 8.

Aung Myo Thu, Assistant Township Education Officer of Kawa Township in Bago Region, who is involved in the Civil Disobedience Movement (CDM), was arrested at home by junta toops driving in an ambulance car on September 8 at around 4 pm.