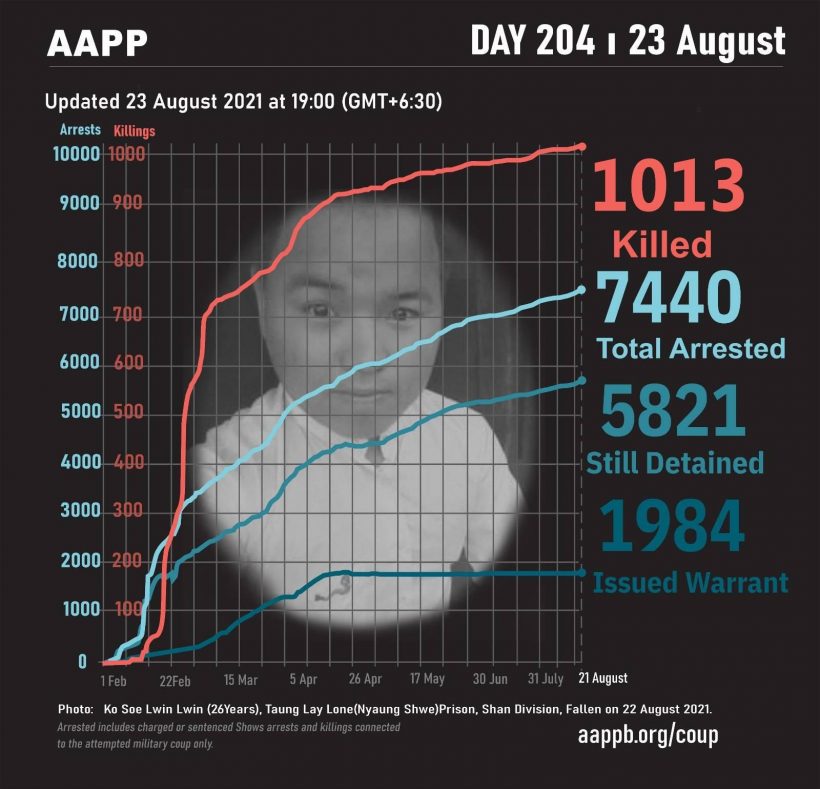 On the evening of August 22, the terrorist junta raided and opened fire in Hinthar Village in Yesagyo Township, Magway Region, after a junta-appointed village administrator informed on them. Five villagers were shot at in an attempt to make arrests. Chit Ye Yint, one of five, was shot dead in the forehead.

On August 21 around 8 pm, Maung Aye and a nurse, Nweat Nweat Aye, from Kan Thit Village in Khin-u Township, Sagaing Region, were shot to death by terrorist junta’s soldiers who were patrolling in the area. The husband and wife were returning home by motorbike from selling agricultural products. It is reported that Maung Aye was shot in the head and Nweat Nweat was shot in the stomach.