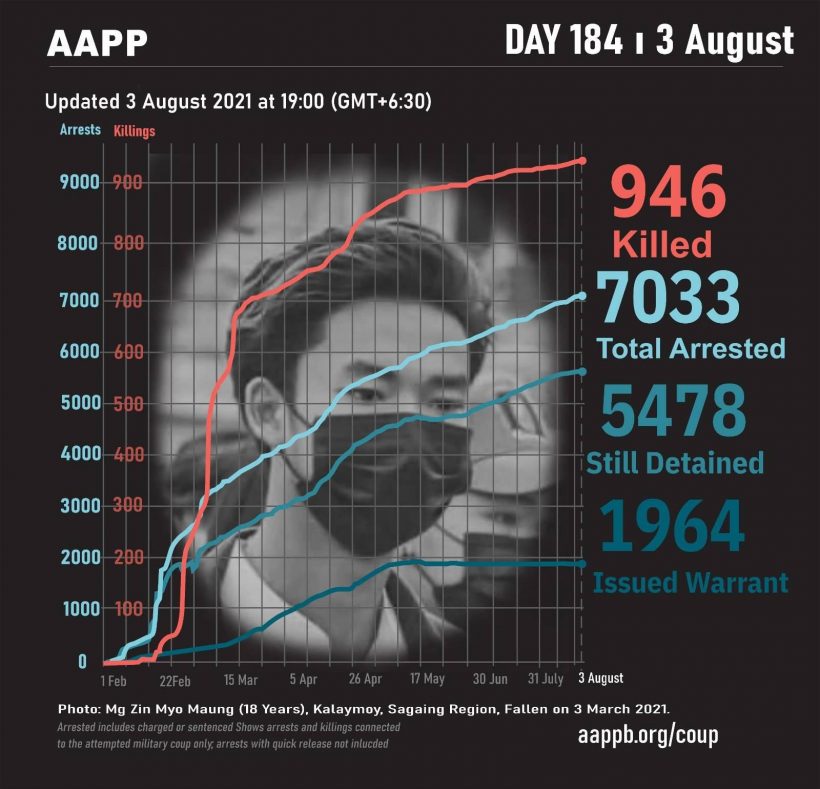 Moe Zaw, who was arrested with four other villagers from Sone Ywar Kone Village in Mandalay Region’s Myingyan Township on July 6, died on July 31 at Myingyan Hospital and found with injuries consistent with torture from interrogation. Injuries on his dead body included knife cuts, cigarette burns on his back and his ribs and abdomen were bruised with gunstock.

Policeman Phyo Zaw Hein from Yesagyo Town in Magway Region, who is involved in Civil Disobedience Movement (CDM), was assaulted and arrested on August 1 by police wearing plain clothes. In addition to this, three youths named Soe Thura Moe, Aung Myo Chit and Zaw Khet, who were involved in the Motorbike Strike Column in Pyinmana, Nay Pyi Taw, were arrested at their homes on the night of August 1. Moreover, Aung Sein, Pyithu Hluttaw MP from Dawei Township in Tanintharyi Region, was arrested at his home in Dawei on the night of July 30.