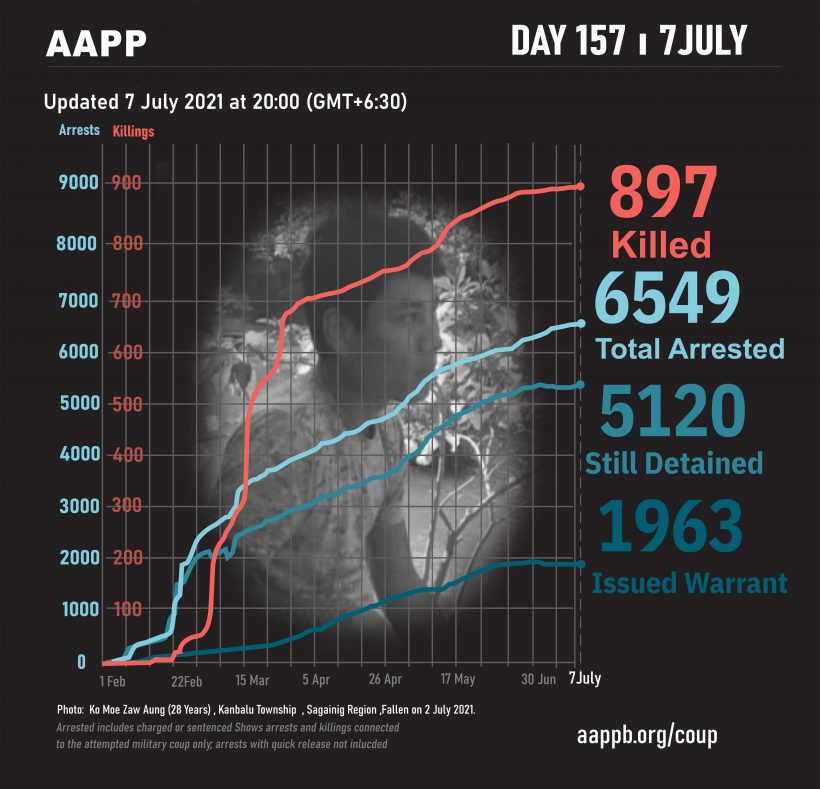 AAPP will not be publishing a briefing, detention, or fatality lists on Sunday’s moving forward.

As of 7 July, (897) people are now confirmed killed by this junta coup. AAPP compiled and documented (3) fallen heroes today. (1) from Kale Township in Sagaing Region was killed today and (2) from Hopin Town in Kachin State and Kawlin Township in Sagaing Region were killed on previous days and documented today. This is the number verified by AAPP, the actual number of fatalities is likely much higher. We will continue adding as and when.

In the morning of July 7, Aye Min, from Pauk Khone village, Kale Township in Sagaing Region, was shot dead in the head by terrorist junta’s troops who came into Hto Mar Village near Kale Town where Aye Min worked in a rice mill as a carpenter. On the night of July 6, Ba Gyan, a civilian who was returning home from a farm by driving an Ox cart in Ywar Thit Gyi village in Hopin Town, Kachin State, was shot dead in the back after being accused of not stopping his cart. In the morning of July 5, Thay Thay, a civilian, was shot in the stomach by junta troops and died on spot when she was on the bike with her son at Kawlin Township in Sagaing Region.