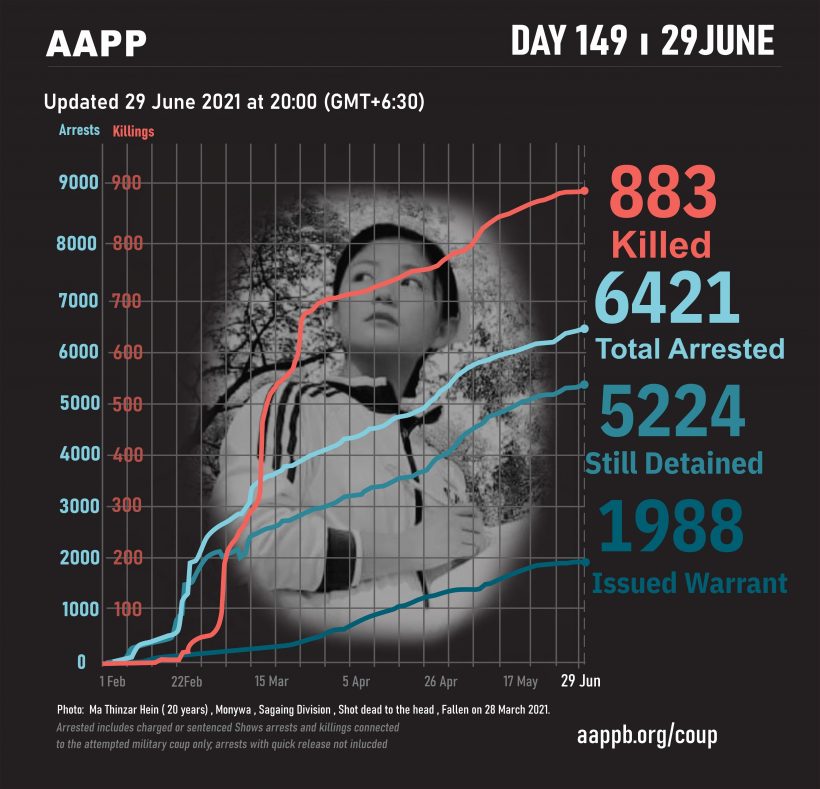 As of 29 June, (883) people are now confirmed killed by this junta coup. Today there were no confirmed fallen heroes. This is the number verified by AAPP, the actual number of fatalities is likely much higher. We will continue adding as and when.

On the afternoon of June 28 in Puta-O Township, Kachin State, Yinn Htan Htal Yam, brother-in-law of a youth the junta police and soldiers came to detain, was arrested as hostage when they did not find the youth they were looking for due to reporting by a pro-junta informer. In addition to this, in the morning of June 28,  Aye Aye Myint, wife of, and Hnin Ei Ei San, 14-year-old daughter of a civilian named Tun Wai were arrested as hostage when terrorist junta did not find Tun Wai at his home at Htauk Kyant Village in Kale Township, Sagaing Region.

Aung Soe, a technology student, charged under Section 505(a) and (c) of Penal Code, was sentenced to three years imprisonment by the special court in Dawei Prison, Tanintharyi Region on June 28.