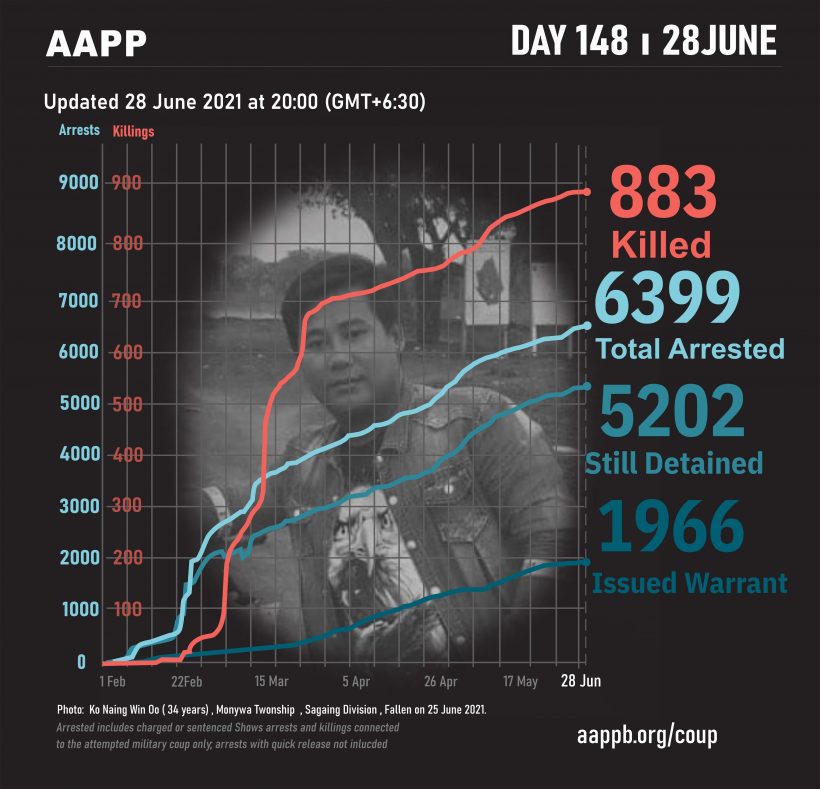 As of 28 June, (883) people are now confirmed killed by this junta coup. Today there were no confirmed fallen heroes. This is the number verified by AAPP, the actual number of fatalities is likely much higher. We will continue adding as and when.

Zaw Moe Naing, a policeman of Pauk Myoma Police Station of Pakokku District of Magway Region, and Naing Naing Toe a.k.a Yan Naing Toe, a policeman of Min Ywa Police Outpost in Gangaw Township, who are involved in the Civil Disobedience Movement (CDM), were beaten and arrested on June 26 by the terrorist junta. On June 24, Pe Tin, a protest leader and NLD member of Kokkar Village of Gangaw Township in Magway Region, was arrested at home by junta troops because of a military informer.

At Mogok Township in Mandalay Region, a wife and two daughters including four years old daughter of protest leader Soe Htay were arrested as hostage on June 13 when the junta did not find Soe Htay. They are currently detained at the Mogok Detention Center. An arrest warrant has been issued against Soe Htay.