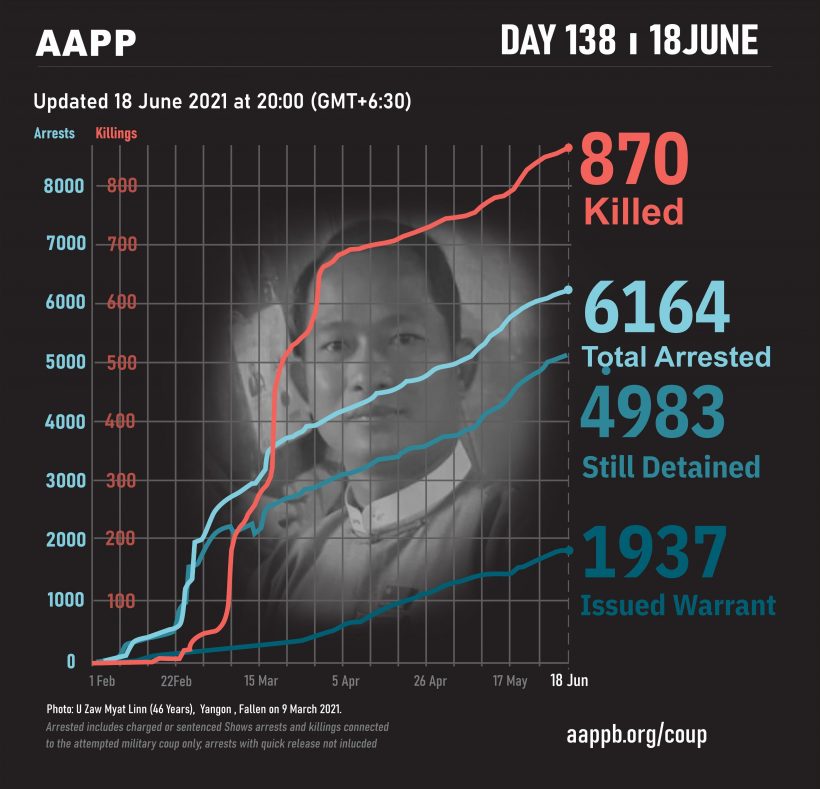 A total of 38 villagers from Kwansite Village in Mandalay Region’s Myingyan Township were arrested after a former USDP Chairman was stabbed on June 15 at Kwansite Village. Sein Win and Chit Ko, two villagers, were killed on June 16 from torture in interrogation.